PCMark 8’s Consistency test provides a huge amount of performance data, so here we’ve looked a little closer at how the MX500 performs in each of the benchmarks test suites. 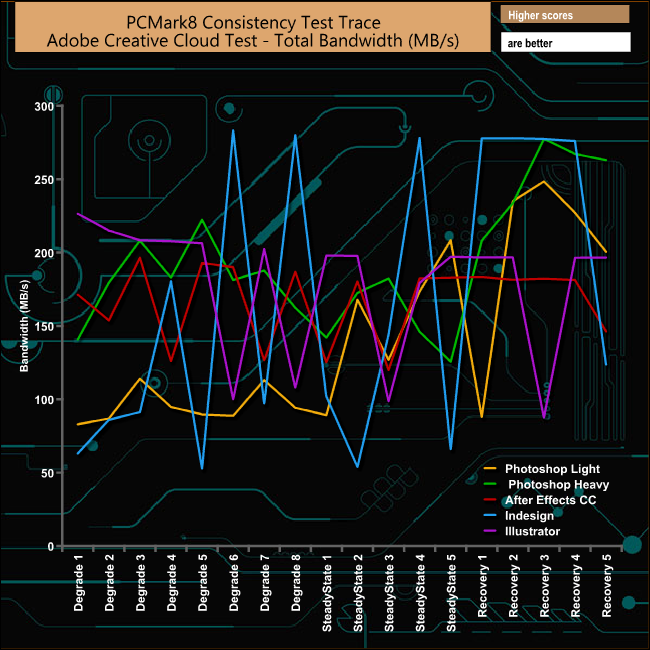 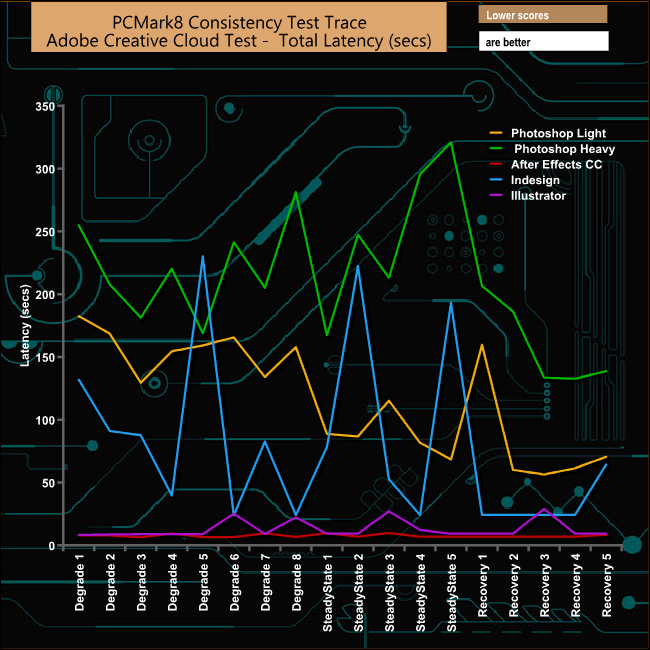 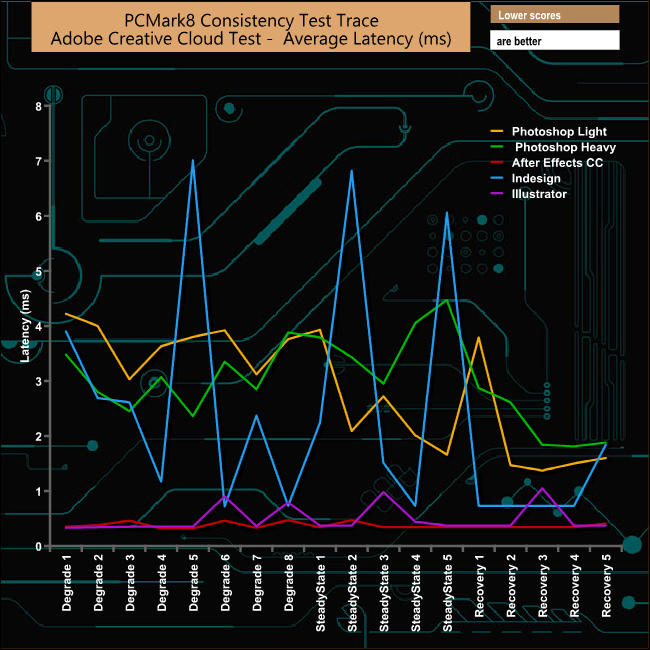 While the overall results trace shows the MX500 dealing reasonably well with the test, the devil as they say is in the detail. The performance results for Adobe CC test traces are all over the place. We are used to seeing a drive struggle during the Photoshop Light and Heavy tests but the MX500 seems to struggle its way through all the tests. 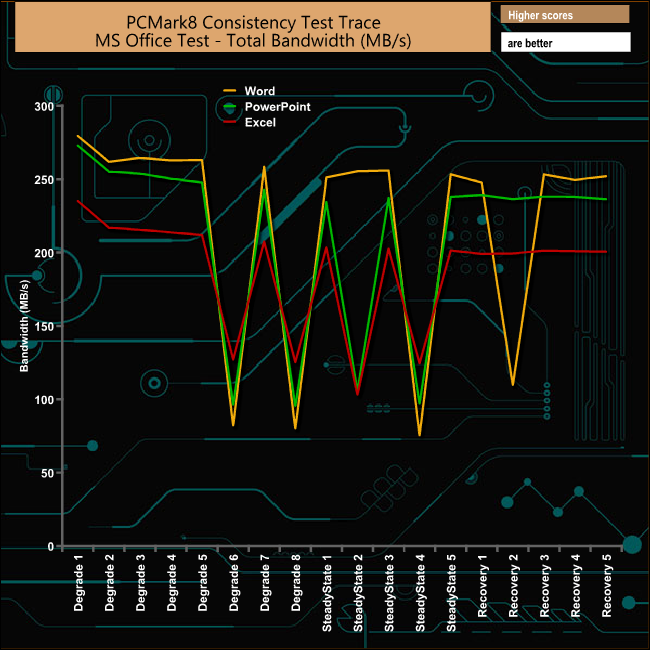 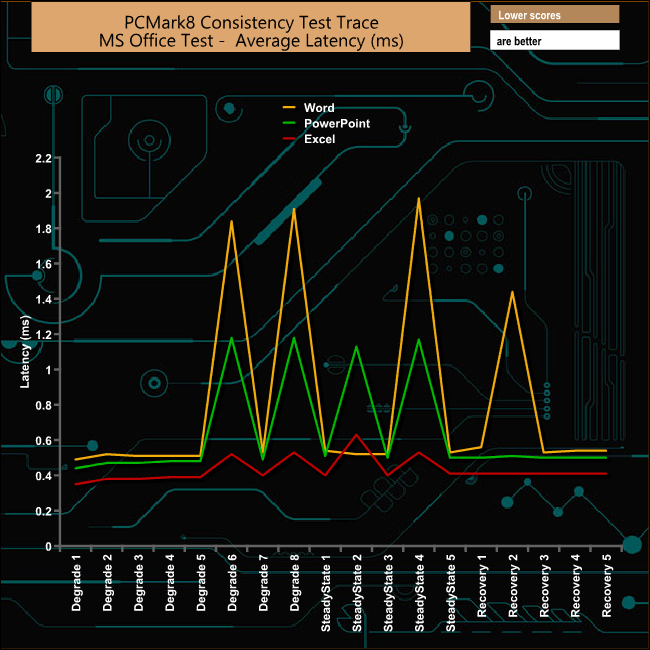 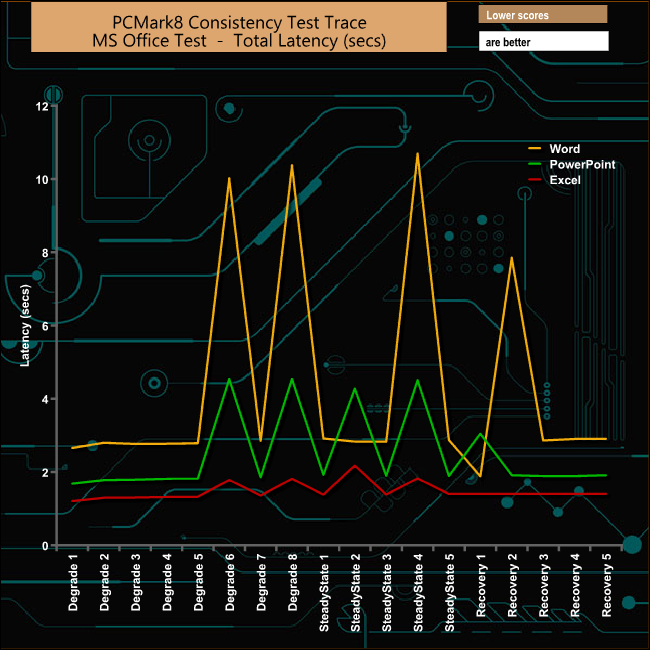 As with the Adobe test traces, in the Microsoft Office tests, the drive takes a real battering. It suffers the most during the Word tests with the bandwidth dropping as low as 75.46MB/s from a high of 279.53MB/s. It’s also erratic during the recovery phases as well, much more so than the Excel and Powerpoint traces. 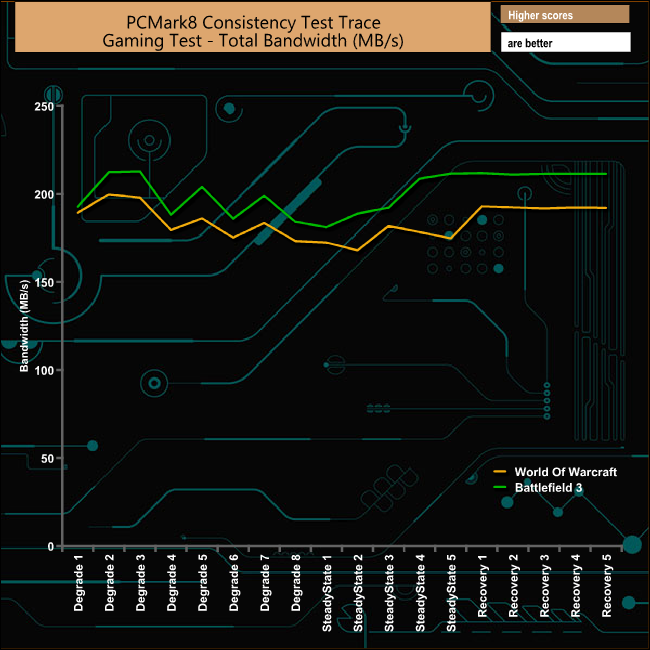 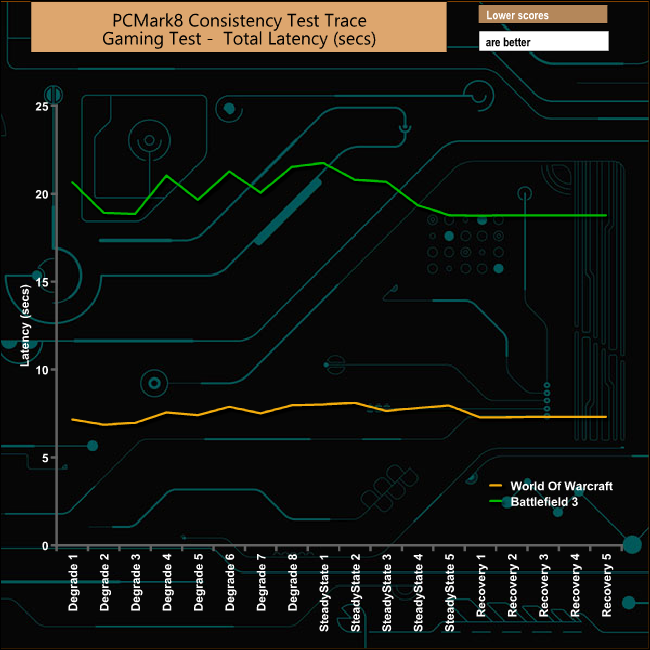 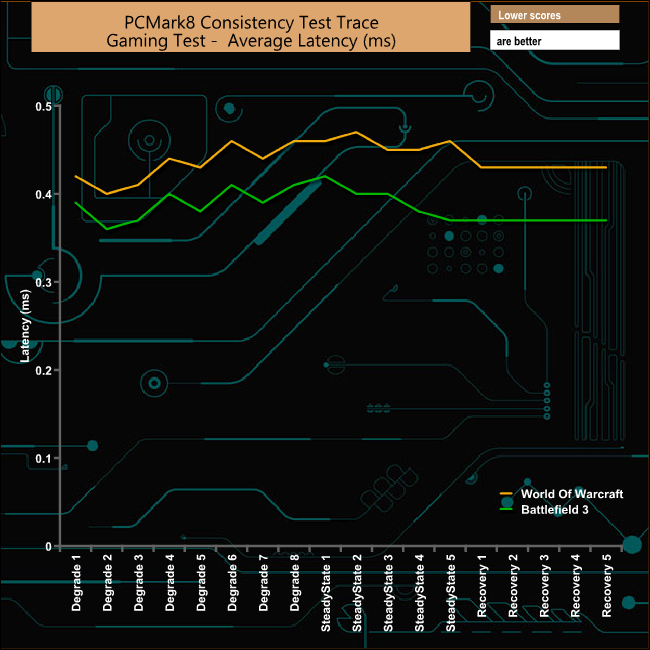 Compared to the Adobe and Microsoft Office tests, the drive comes through the casual gaming tests relatively unscathed.