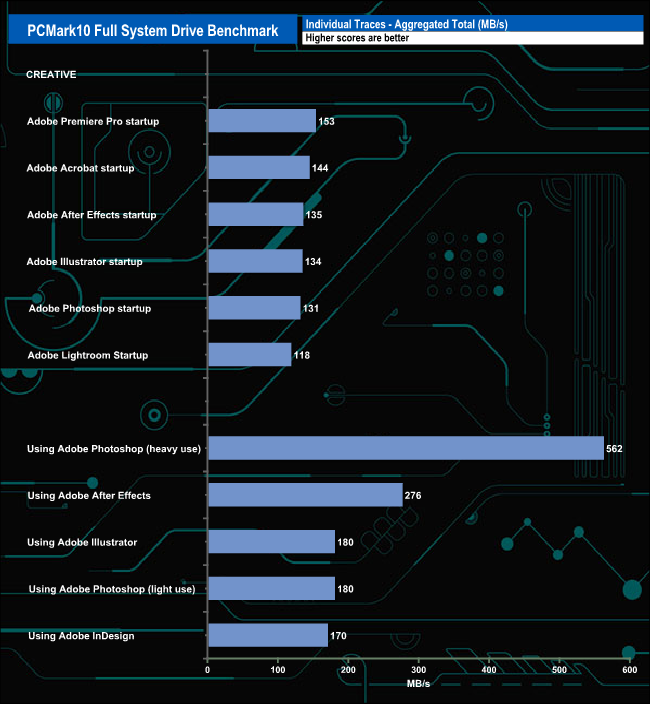 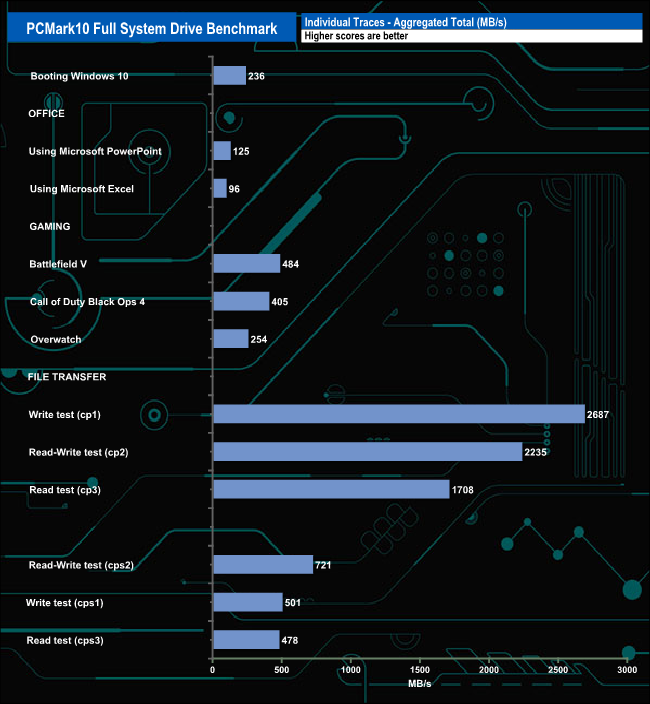 The AORUS RAID SSD handles PCMark 10 Full System Drive Benchmark reasonably well. The two best performances in the creative group of test traces were the 562MB/s from the Adobe Photoshop heavy use test and the 276MB/s from the Adobe After Effects test. It also showed strong performance in the cp1, cp2 and cp3 file transfer tests. 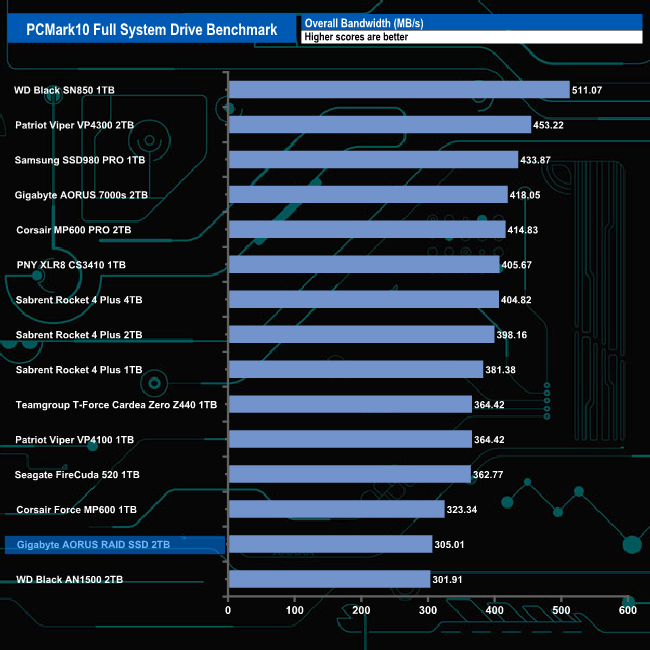