CrystalDiskMark is a useful benchmark to measure theoretical performance levels of hard drives and SSD’s. We are using v6.0 and v8.0 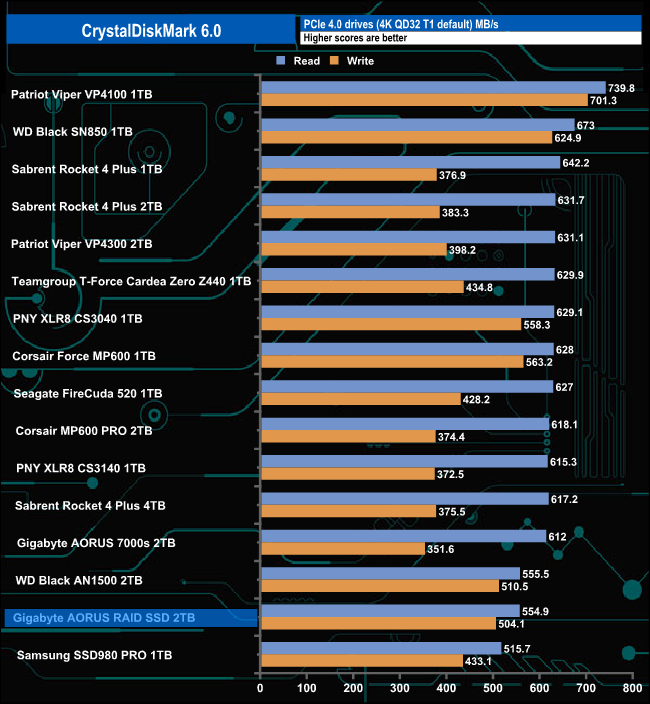 Although the AORUS RAID SSD sits close to the bottom of the CDM6 4K QD32 (1 thread) results chart, it is faster than Samsung’s SSD980 PRO in this particular test. 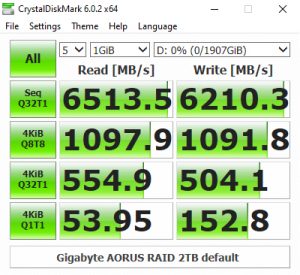 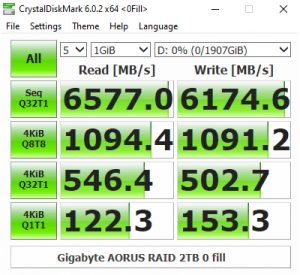 Looking at the Sequential scores in CDM confirms the official read/write maximums of 6,300MB/s and 6,000MB/s respectively. Comparing the two CrystalDiskMark result screens shows that the Phison E12 controllers that each SSD uses are much more efficient when reading compressible 4K data at a queue depth of 1. 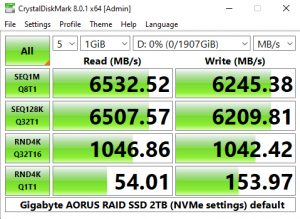 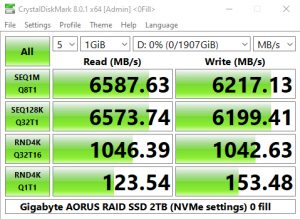 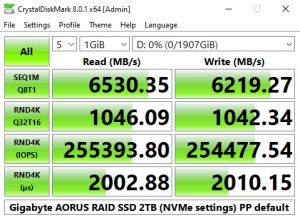 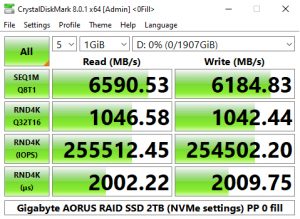 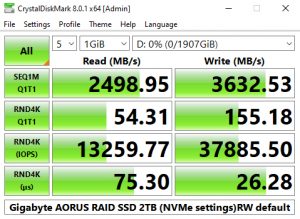 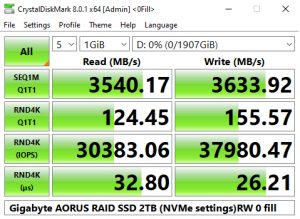 The Sequential results in the Peak Performance profile of 6,530.35MB/s for reads and 6,219.27MB/s for writes confirm the official figures of 6,300MB/s (reads) and 6,000MB/s (writes). The best tested random 4K figures in the Peak Performance profile were 255,393 IOPS for reads and 254,477 IOPS for writes. Unfortunately, we couldn’t confirm how these figures match up to the official ones as Gigabyte don’t have the random performance figures featured on any specification sheet for the drive we’ve seen.