The latest drive to be added to Kingston's range of data centre drives is the DC1000B, an NVMe drive aimed at a very small but rapidly growing market segment of boot drives for servers. Built around a Phison controller and 64-layer 3D TLC NAND, the DC1000B also features on-board power loss protection. 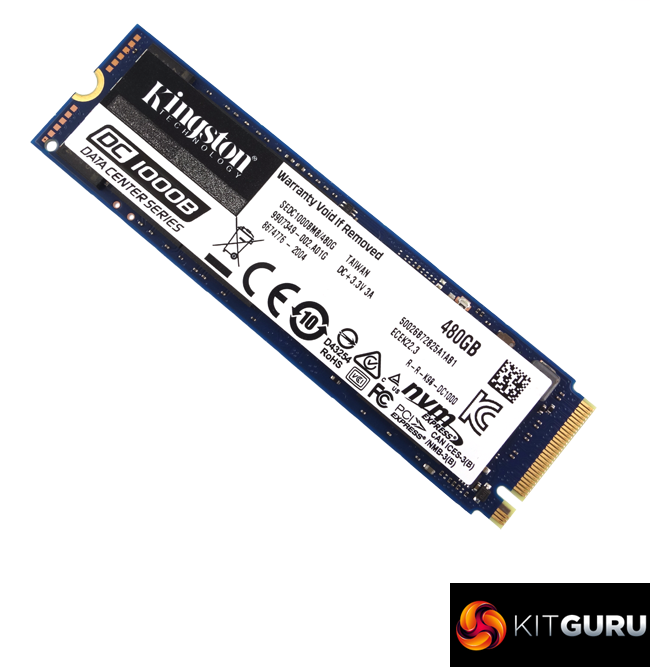 The read centric DC1000B product line consists of just two models, a 240GB drive and the 480GB unit we are reviewing here. At the heart of the drive is a second-generation Phison PCIe Gen3 x4 NVMe controller, the PS5012-E12, which looks after 64-layer 3D TLC NAND.

The PS5012-E12 is Phison’s second-generation PCIe Gen3 x4 NVMe controller. The 8-channel controller is built on a TSMC 28nm process and has been designed to work with TLC and QLC NAND technologies with support for Phison’s SmartECC and the latest LDPC (Low-Density Parity Check) error correction as well as AES256, TCG OPAL and TCG Pyrite hardware encryption support. With 8 NAND channels and 32 NAND chip enable lines, the maximum amount of NAND the controller can support is 8TB.

As the drive is a fully-fledged data centre/enterprise drive it comes with PLP (Power Loss Protection) hardware installed on the drive and it supports SED (Self-Encrypting Drive) via AES 256-bit encryption.

Endurance wise, the 480GB is rated as 475TBW or around 0.5 DWPD for the length of the 5-year warranty Kingston backs the drive with.