CrystalDiskMark is a useful benchmark to measure theoretical performance levels of hard drives and SSD’s. We are using v7.0. 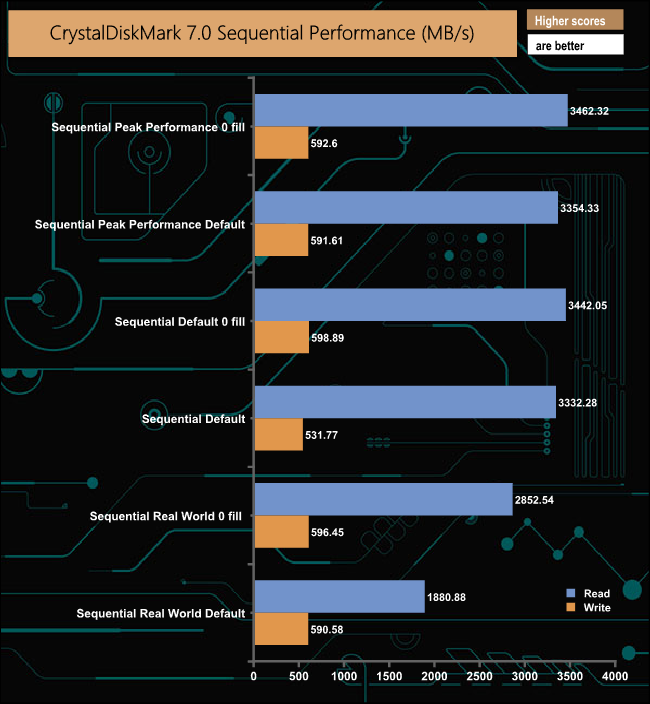 The latest version 7 of CrystalDiskMark includes a couple of profiles that can be used for testing along with the standard tests, Peak Performance and Real World. In both the standard and Peak Performance tests, the drive passed the official read Sequential ratings of 3,200MB/s. Using the Real World profile the Sequential read performance dropped to 2,852MB/s and 1,880MB/s when using compressible and incompressible data respectively.

The only time the Sequential write test results fell below the official 565MB/s was when the drive was being tested in the default mode using incompressible data, where the performance dropped to 531MB/s, the rest of the time the test results were around 30MB/s faster than the official figure. 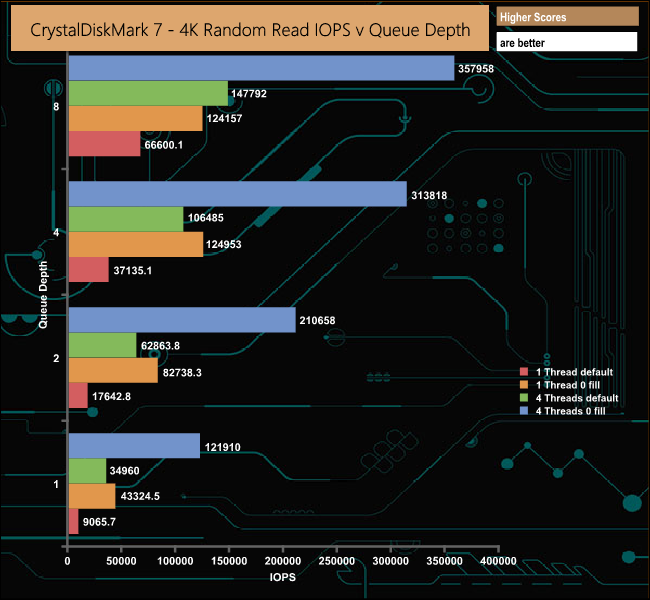 Kingston’s 4K random read figure for the drive is up to 205,000 IOPS when the drive is in a Steady State. Fresh out of the box the best read figure we got from the CrystalDiskMark benchmark was 357,958 IOPS at a QD of 8 using compressible data. 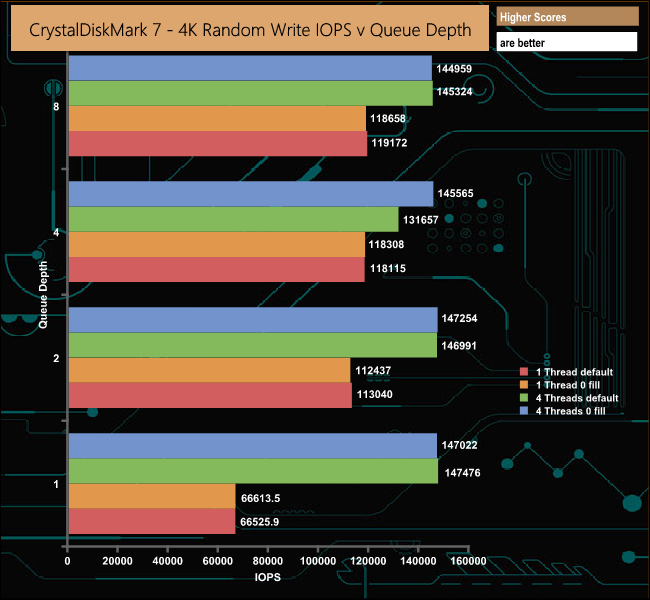 The official 4K random write figure for the 480GB drive is up 20,000 IOPS (in Steady State). The best figure we could see from our CrystalDiskMark queue depth testing out of the box was 147,476 IOPS using four threads at a QD of 1. 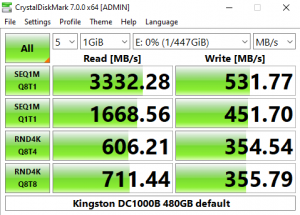 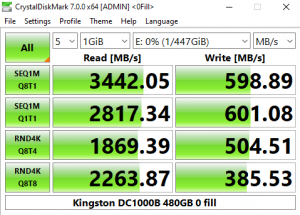 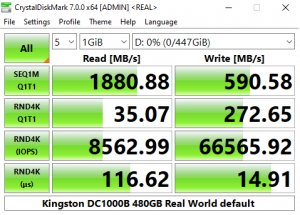 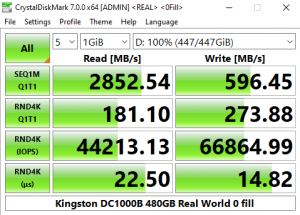 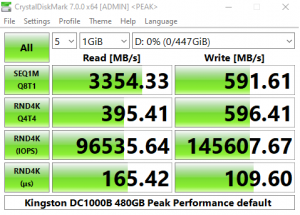 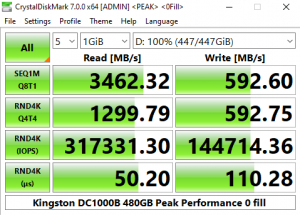 Looking at the two sets of CrystalDiskMark result screens it appears that the Phison PS5012 controller is much more efficient when reading compressible data at certain queue depths.