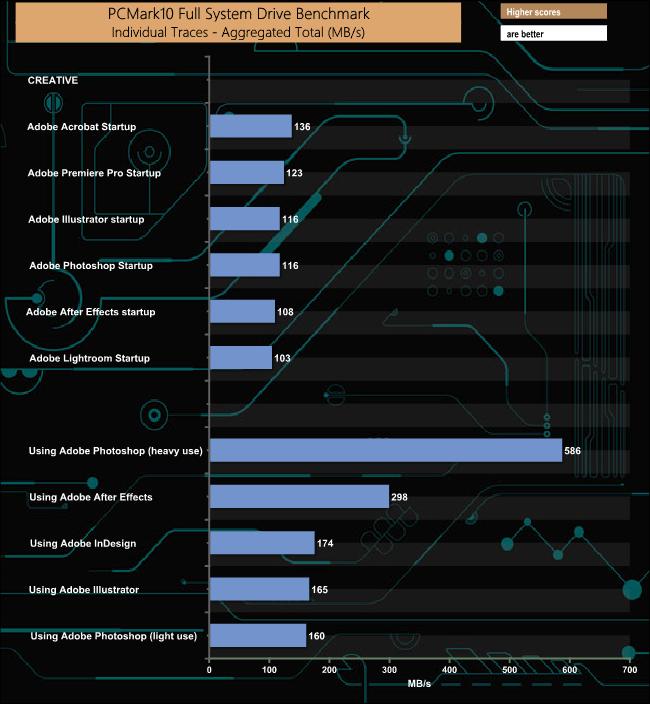 The best performance in the creative group of tests was the 586MB/s from the Adobe Photoshop heavy use test trace. 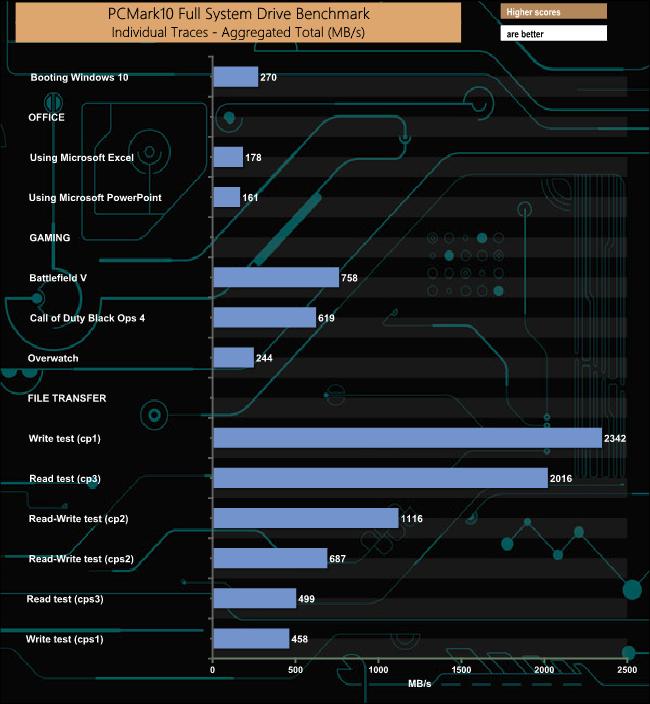 The drive showed strong performance in the Battlefield V game test and the cp1, cp2 and cp3 tests.