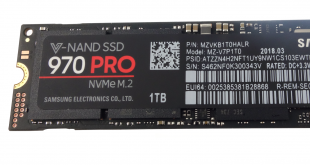 Launched at the same time as the 970 EVO, the 970 PRO is Samsung’s 3rd generation flagship NVMe consumer drive, taking over the mantle from the legend that is the 960 PRO. Coming in at £599.99 it is certainly not cheap, but can the performance justify that hefty price tag? 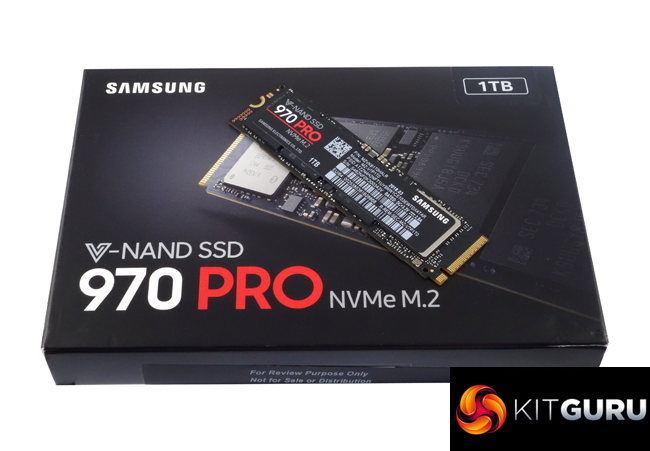 At its launch the 970 PRO comes in just two capacities: 512GB and 1TB, and instead of the TLC NAND that the 970 EVO uses, the 970 PRO comes equipped with Samsung’s latest 64-layer MLC V-NAND (3D NAND). The drive uses Samsung’s latest 5 core controller called Phoenix. Samsung hasn’t released much in the way of info about the new controller apart from one of its five cores is dedicated to communications between the controller and the system host and that the clock speeds are faster than the Polaris controller of the previous generation SSD 960 series.

Official sequential performance figures for the 1TB drive are 3,500MB/s for reads and 2,700MB/s for writes. The 512GB drive has the same read figure with writes dropping to 2,300MB/s. Random 4K performance is quoted at 15,000 IOPS and 55,000 IOPS for reads and writes respectively at a queue depth of one and using a single thread. At a queue depth of 32 and using 4 threads, the reads and writes are both quoted as 500,000 IOPS. The 512GB drive has the same figures as the 1TB drive with the exception of the QD32 4 thread read figure which drops to 370,000 IOPS.