To test real life performance of a drive we use a mix of folder/file types and by using the FastCopy utility (which gives a time as well as MB/s result) we record the performance of drive reading from & writing to a 256GB Samsung SSD850 PRO.

To get a measure of how much faster PCIe NVMe drives are than standard SATA SSDs we use the same files but transfer to and from a 512GB Toshiba OCZ RD400.

We test with the following files/folders: 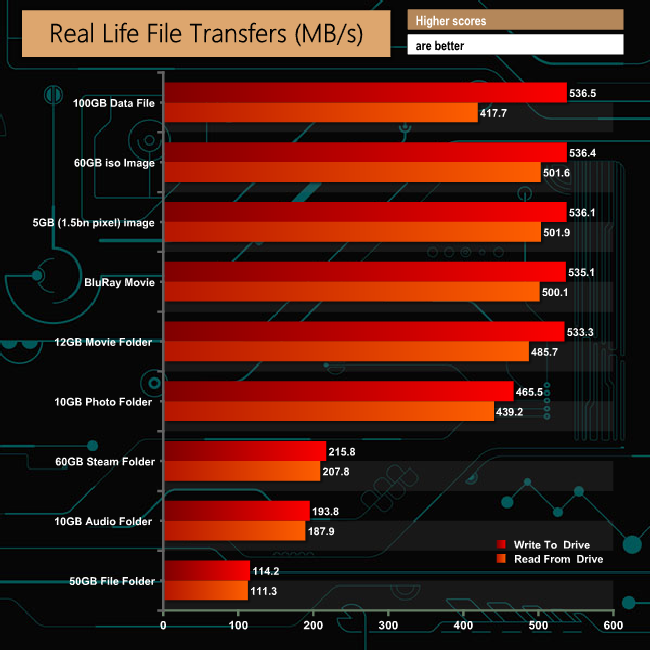 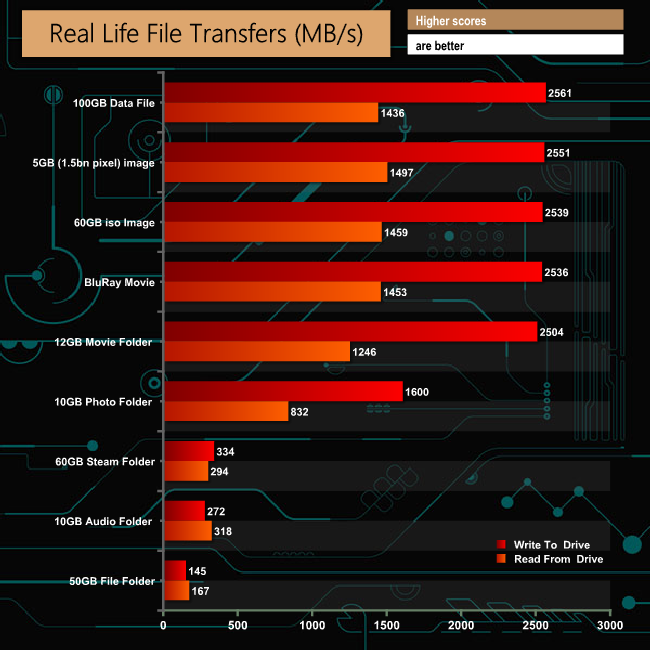 The drive handles large files much more efficiently across both real life file transfer tests than it does with small files. To give an idea of the performance advantage of the PCIe interface over a SATA one, copying our 100GB data file from a SATA SSD to the 970 PRO took 3m 10s. To copy the same file from another NVMe drive to the 970 PRO took a mere 40 seconds!