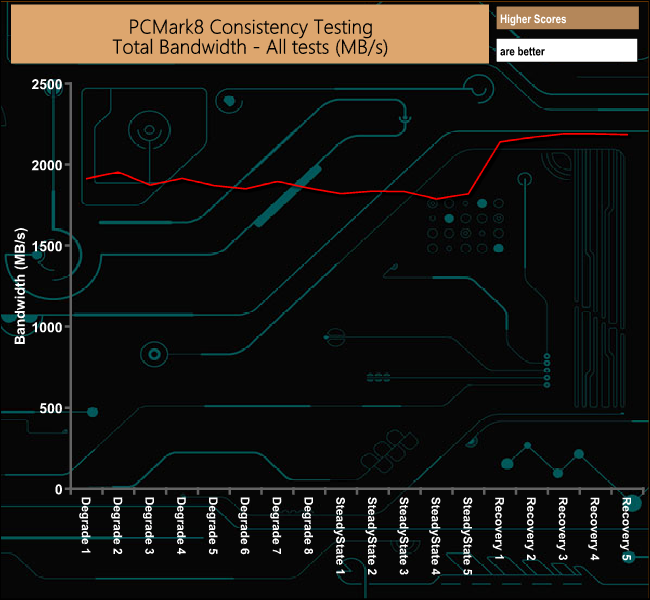 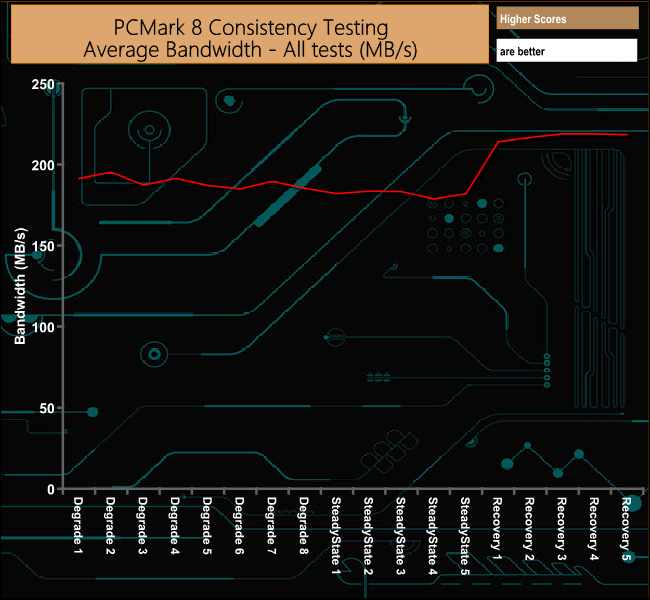 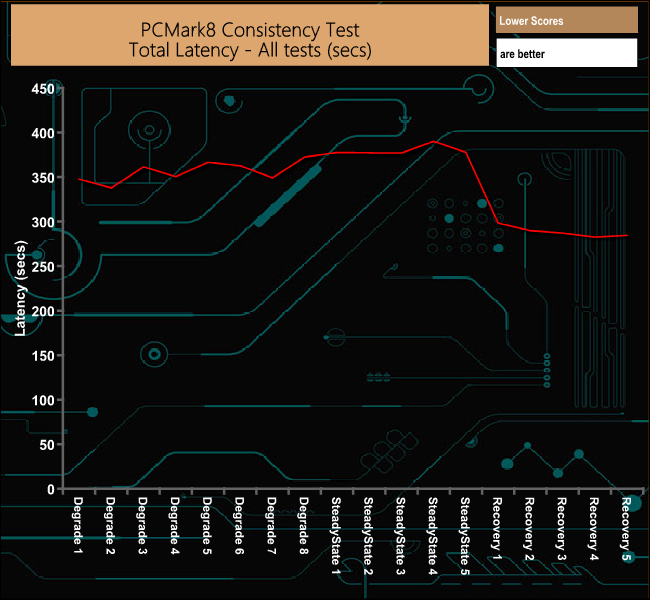 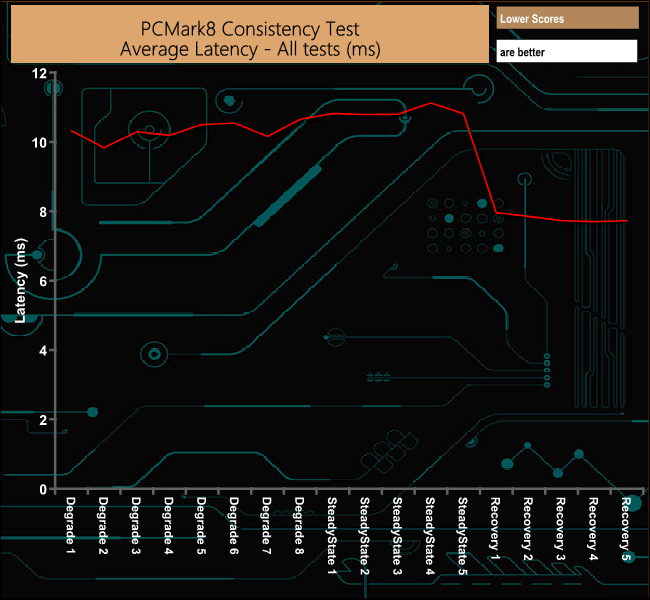 Seagate’s IronWolf 110 deals with the rigours of PCMark 8’s Consistency test pretty well. The bandwidth starts to drop off a little during the SteadyState phases but pulls back up during the Recovery runs.