PCMark 8’s Consistency test provides a huge amount of performance data, so here we’ve looked a little closer at how the 960GB Toshiba TR200 performs in each of the benchmarks test suites. 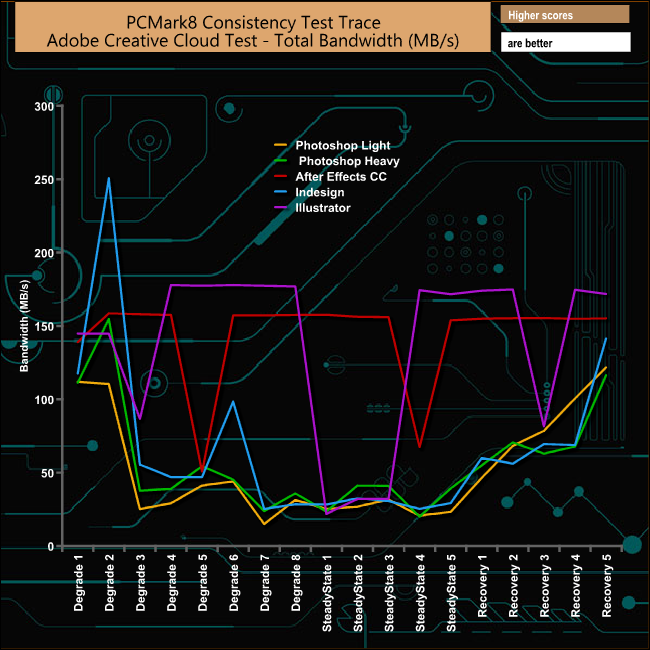 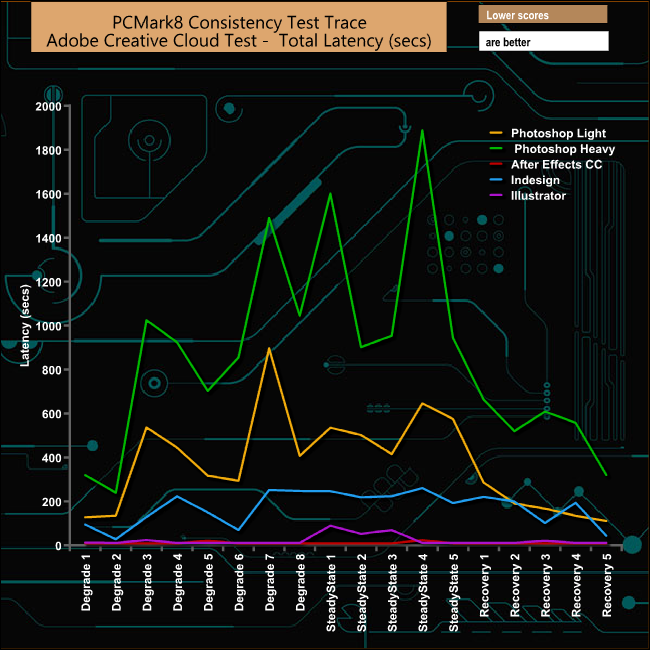 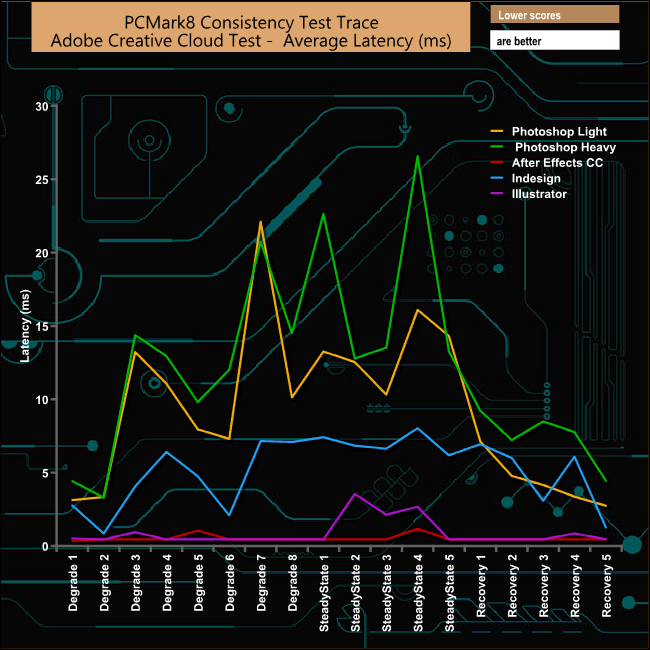 In the Adobe suite of tests, the TR200 really suffers, particularly during the demanding Photoshop Heavy and Light test runs. It does however recover quite well from the ordeal. 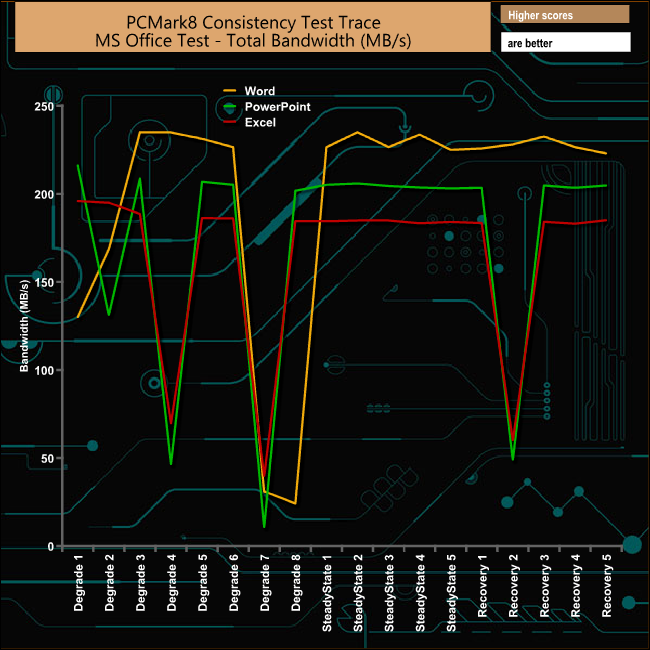 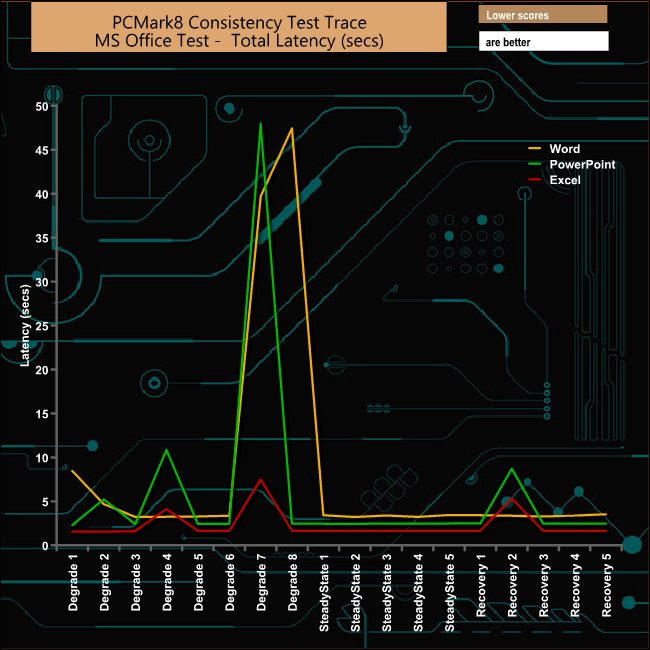 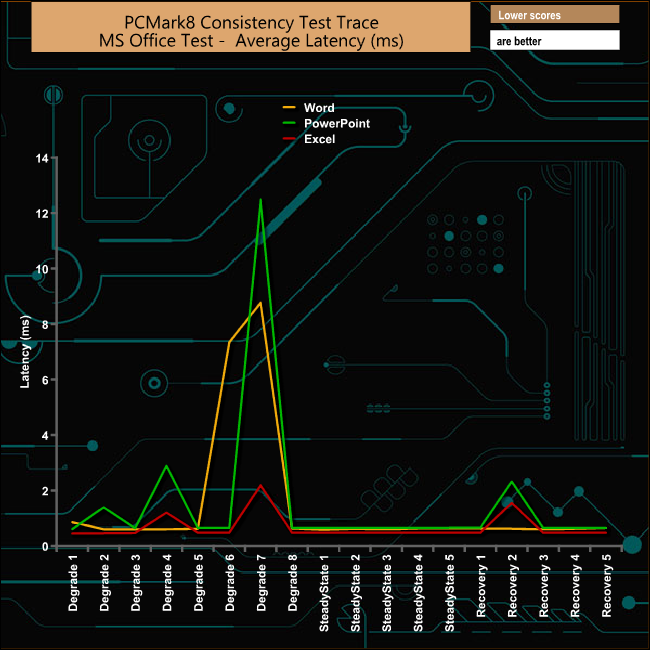 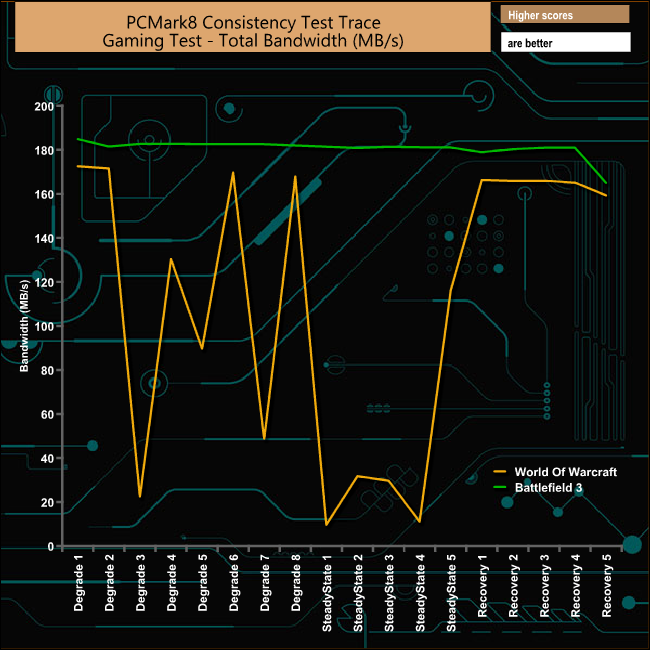 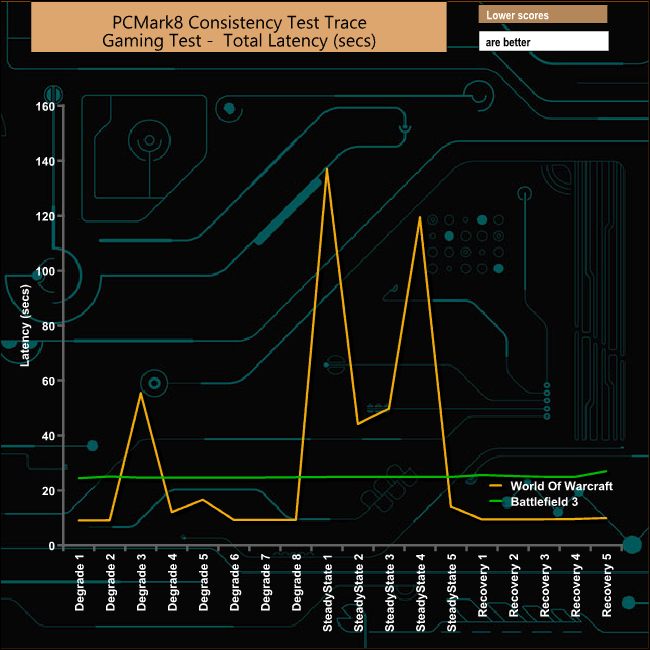 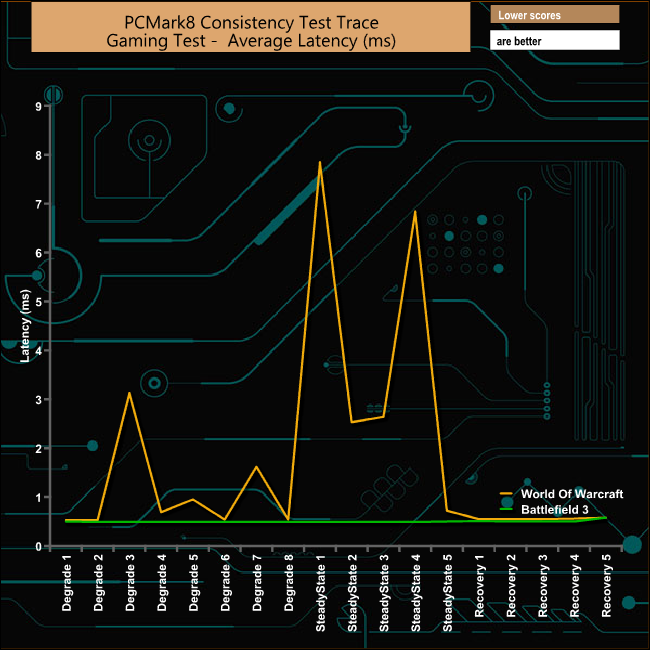 In the casual gaming tests, the drive performance suffers quite badly during the World Of Warcraft tests but recovers pretty well. During the Battlefield 3 tests, the drive hardly seems to notice its being tested showing excellent consistency throughout the tests. In fact the only time it seems to be stressed is during the final parts of the recovery phase.