Ivy Bridge vs. Sandy Bridge at the same clock speed

The days leading up to the launch of Intel’s next-gen Ivy Bridge processors where we start to see leaked benchmark results here and there are yet to come, but a small piece of info on the expected performance of Ivy Bridge versus the current crop of Sandy Bridge chips has already popped online.

There’s no doubt that the biggest question on most people’s minds at this time is Ivy Bridge’s performance compared to Sandy Bridge’s when both are running at the same clock rates with the same amount of cache etc. and apparently Fudzilla were able to get a hold of some data from Intel that gives this comparison.

In a series of equally ran tests between a Sandy Bridge based Core i7-2600 and the soon to be launched Ivy Bridge based Core i7-3770, both of which were clocked at the same 3.4GHz with 8MB cache, four cores and eight threads each, the end result was that Ivy Bridge works out to be between seven and sixteen percent faster depending on the particular test ran.

Some may be quick to suggest that the 100MHz higher Turbo clock rate of 3.9GHz on the Ivy Bridge processor versus 3.8GHz on the Sandy Bridge would have mostly contributed to the boost, but that 100MHz only equates to a 2.5% difference, so at this point assuming the results shared by Fud are on the ball there has to be something in it for Ivy Bridge with the use of its new Tri-Gate transistor technology.

KitGuru says: 15% Sounds about right on par with Intel’s usual performance boosts between each of its processor generations. The other interesting factor will of course be how well these 22nm puppies will overclock. 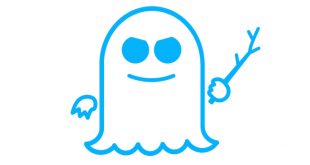 A team of researchers has found new Spectre exploits affecting both Intel and AMD processors. …