MSI is expanding on its Nightblade gaming PC line-up, with two new models, the Nightblade X2 and MI2. Rather than selling the Nightblade as a barebones PC as it did in the past, MSI has now fully spec’d the rig out, with Intel’s new batch of Skylake processors, along with Nvidia’s Maxwell-based 900-series graphics cards.

The Nightblade X2 is the higher end of the two, featuring configurations with either an Intel Core i5 or Core i7 CPU, a Z170 motherboard, 16GB of DDR4 RAM and an Nvidia GTX 980Ti graphics card. There is also room for extra hard drives or an M.2 SSD. 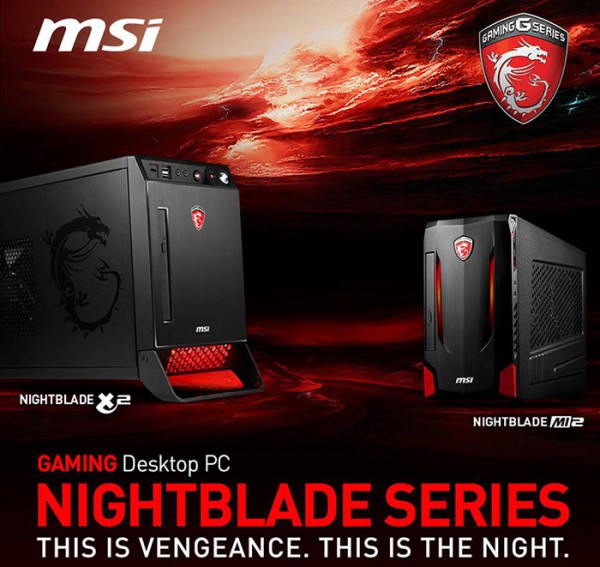 MSI is still using its own designed cases for the Nightblade, one of them being the same one we saw on the original mode, which we reviewed last year. Pricing and availability information is currently unknown, though more details will be announced soon.

KitGuru Says: MSI aimed to build a compact yet powerful package with the Nightblade and it seems to be sticking to that with its latest models.