KitGuru’s video about the original £30,000 8Pack OrionX PC has been massively popular so we grabbed the opportunity to get up close with the new £33,000 OrionX2. As Ian ‘8Pack’ Parry was hefting this new OrionX2 PC through the door of the KitGuru studio we were discussing the all-up weight which is something like 80kg.

“Perhaps the next version will be carbon fibre – that might be an idea.”
Whether it was wishful thinking or early planning, you heard it first here folks.

The specification of 8Pack OrionX2 has evolved from the previous OrionX (base spec £25k, typical spec £30k) with the main system migrating from Intel X99 and ten CPU cores to Intel X299 with 18 cores and 36 threads. The secondary system moving from quad core Kaby Lake to 8 cores of i9-9900K.

Previously the DDR4 memory was 64GB of Corsair Dominator and is now 128GB of 8Pack from Team Group.

The other major change is that the graphics were previously Nvidia Pascal GTX 1080Ti and are now Nvidia RTX. Typically these would be RTX Titan, although the system in our video is equipped with RTX 2080 Ti graphics.

The number of people willing or able to spend upwards of £30k on a PC is clearly a select group however the benefits also flow down to the mainstream enthusiasts.

Cynics told us the original 8Pack OrionX was crazy expensive and made little sense. The fact that OrionX sold in healthy numbers and has now been updated to OrionX2 proves there is a solid market for these astonishing PCs. We consider this to be an incredibly positive trend as it follows the hardware used in these systems has been tested to the absolute limits.

You may not feel the urge to invest in an 18-core CPU, push the clock speeds towards 5GHz, add 64GB or 128GB of DDR4 and then gang up three high end graphics cards but the fact it is possible makes our life better in the day-to-day humdrum world. 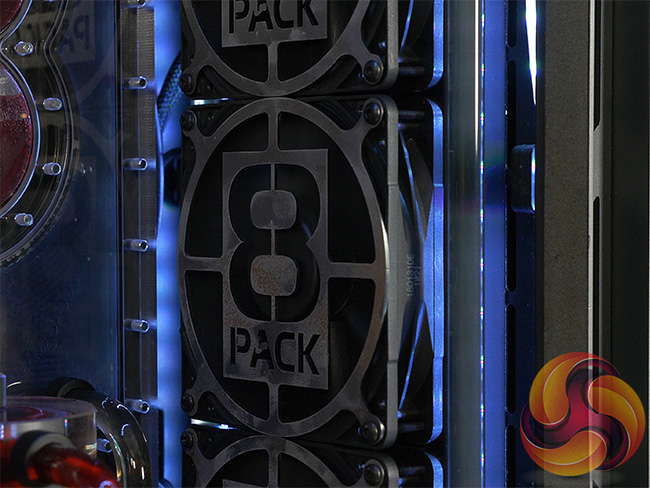 It proves beyond doubt that we can overclock a mainstream CPU, push the memory hard and make a single graphics card perform to its maximum ability and the system can be cool and quiet at the same time.

OrionX2 is much more than a proof of concept, it is a roadmap that shows us how we can improve our own systems and unlock the potential.

Buy from Overclockers UK for £32,999.99 HERE (customisations are possible).

KitGuru says: If you have forty grand burning a hole in your pocket – we say ‘Why not!?'