Additionally, the slim gaming notebook will feature a 1TB mechanical HDD paired up with a 256GB SSD with Windows 8.1 installed, which is more or less a requirement with 4K due to enhanced scaling capabilities. Users will get three USB 3.0 ports, HDMI out, Gigabit Ethernet, an SD card reader, an AC power connector and a headphone jack. 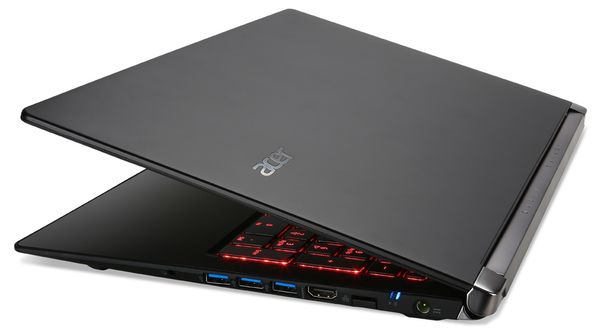 For your wireless needs, an 802.11n WiFi chip will handle things. Bluetooth connectivity is included and like with most laptops, there will be a webcam built in.

The laptop ships with a free copy of Assassin's Creed Unity, which is due out in just under two weeks time. Unfortunately, the included GTX 860M GPU falls below the recommended requirement, so you might struggle with frame rates at higher settings at 1080p, you'll most certainly struggle at 4K.

Acer's 4K gaming notebook will be launching with a $1499.99 price tag and will start shipping in the US sometime in November. There is no European availability information at this time.

KitGuru Says: The GTX860M seems like an odd GPU choice for a 4K gaming notebook. You would likely need two GTX 980M/GTX 970M chips in SLI in order to get a decent experience at such a high resolution. However, the 4K IPS display will pretty high quality, making it good for media consumption and productivity. What do you guys think of this? Should Acer consider making another model with a higher end GPU?

Previous Win STEAM game of your choice tonight!
Next World of Warcraft to go on for at least another decade