Recently we reported that Fall Guys had become the most downloaded PlayStation Plus game of all time. While that is certainly a commendable achievement, what is perhaps even more surprising is the fact that the Takeshi’s Castle styled Battle Royale game has already sold over 7 million copies on Steam alone in less than one month.

Announced on its blog, Mediatonic said “we’re beyond delighted to announce some truly staggering numbers!” revealing that “you wild bean aficionados have purchased a stumble-inducing 7 million copies of Fall Guys on Steam! We can’t begin to express just how grateful we are for all your support, love and frankly spicy Twitter replies.” 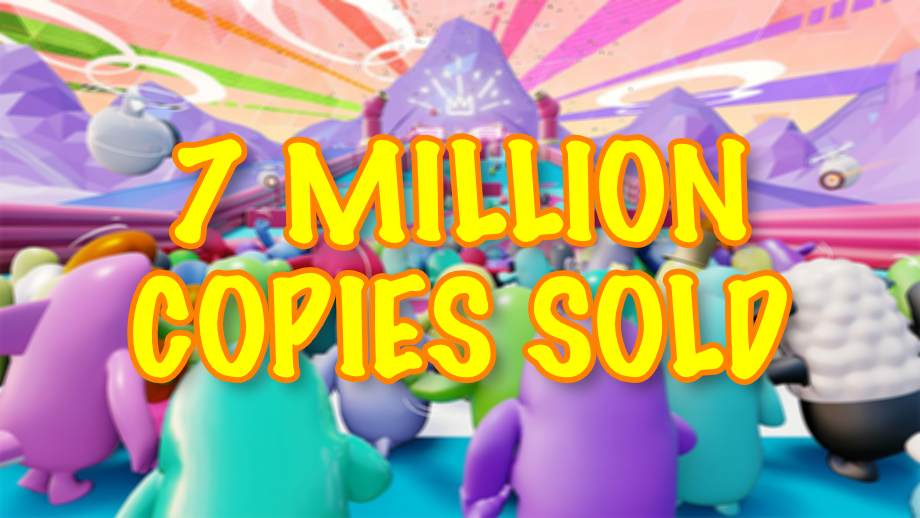 Fall Guys: Ultimate Knockout only launched on the 4th of August, meaning that this figure was hit in just over 3 weeks. While truly a massive achievement, its success was not sudden. Within less than a week of launching, the game had already sold over 2 million copies. Furthermore, online discourse surrounding the game has yet to subside, thanks in part to the recent announcement of Season 2, as well as a number of crossover skins furthering the longevity and excitement surrounding the game.

The standard edition of Fall Guys costs £15.99, and so 7 million copies purchased from Steam means that the Battle Royale game has theoretically made over £111 million just from PC (without accounting for Steam’s revenue cut). Furthermore, with PS4 numbers included, as well as the money made from in-game purchases, it’s safe to say that Fall Guys has already become one of the biggest video game success stories of 2020.

KitGuru says: Are you playing Fall Guys? Has its success surprised you? What do you think of Season 2? Let us know down below.