This week, Nvidia released a video featuring a number of engineers discussing graphics card design. In that video, we got some hints at what the future holds, with confirmation of the 12-pin PCIe connector and the weirdly shaped PCB for the next generation of Founder’s Edition GPUs. Beyond that, some additional leaks have also dropped at the same time, giving us an even better idea of what to expect next month.

As previously reported, the 12-pin power connector will be smaller and capable of delivering more power than the standard 8-pin PCIe connector. You won’t need to buy a new power supply because the 12-pin connector will be compatible with the existing PCIe 8-pin cables via an adaptor that will be included with the graphics card. The irregular-shaped PCB and cooler design of the Founders Edition graphics cards have also been confirmed in the video. At about 2:28, there’s a brief explanation of the new cooler design where it was confirmed that the PCB had to be redesigned to fit the new cooling solution. Right before the end, there’s also a fast sneak peek at the final cooler design of the upcoming graphics cards. 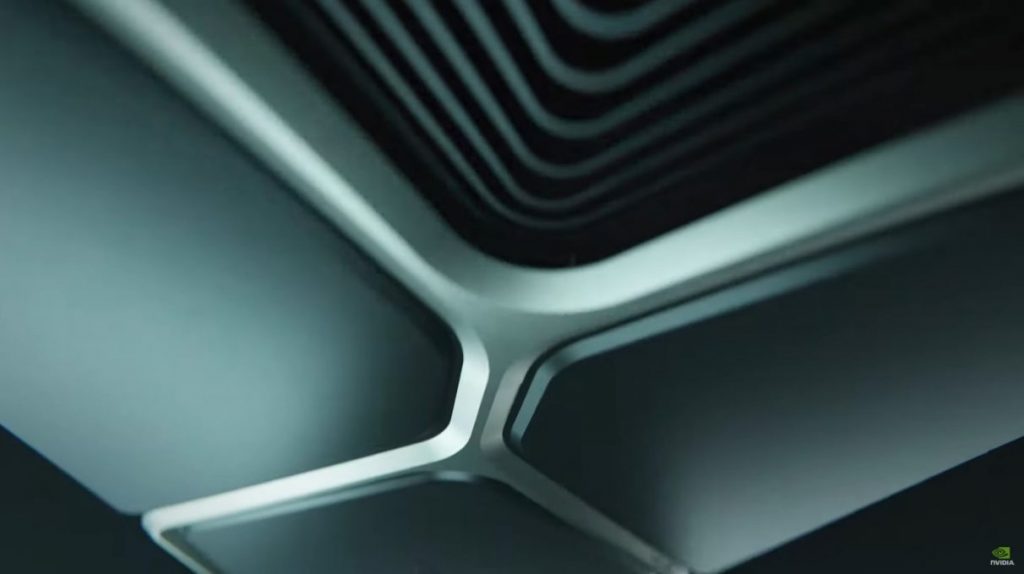 If all of this isn’t enough, VideoCardz claims that it got confirmation that the RTX 3090 will boast 24GB of GDDR6X memory, while the RTX 3080 will come with 10GB of GDDR6X memory. Additionally, there will be no 3080Ti at launch. As per this data, these two Nvidia graphics cards will have a massive difference in terms of memory capacity, allowing Nvidia to launch a 16/20GB 3080Ti/Super at a later date.

As we build up to the September launch, we are also seeing more AiBs registering their RTX 3000 series GPUs with the EEC. We’ve already discussed all of MSI’s listings earlier this week and today, Palit also submitted a number of new graphics cards to the database. Nvidia is expected to officially announce the RTX 3000 series on the 1st of September during a ‘GeForce Special Event’.

KitGuru says: Given the unique look of the Founder Editions RTX 3000 graphics cards, will you buy one instead of an AiB partner graphics card? Are you happy to see that the 12-pin power connector adaptor will come included with the Founders Edition graphics cards?

Previous Overclockers get DOOM Eternal running at 1,000 frames per second
Next Fall Guys has sold 7 million copies on Steam