KitGuru Games: Halo Infinite – The Good, The Bad and The Ugly

One of the most important moments in the ever-expanding history of gaming arrived with the release of Halo: Combat Evolved on the 15th of November 2001. Launching the sci-fi first-person shooter franchise right alongside the first Xbox console was an ingenious move on Microsoft’s part – ensuring that the Halo name will forever be tied to the console. If ever there is an Xbox system on the market, you can bet your bottom dollar that a Halo game will follow right behind. Though one year later than planned, Halo: Infinite’s multiplayer mode has finally been released. But was it worth the wait? 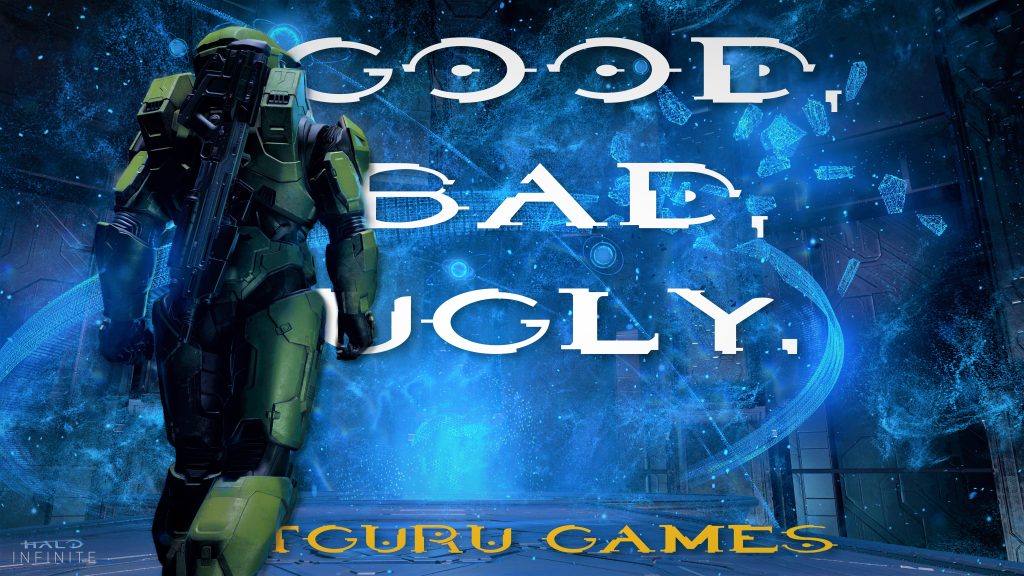 “Everything old is new again”. This saying could not ring more true for Halo: Infinite. From the moment you launch the game, it is made clear that this latest title takes heavy inspiration from its two-decade old fore-father Halo: Combat Evolved. The developers at 343 Industries themselves admit as much – and it makes complete sense!

Ever since Bungie and Microsoft parted ways and 343i was given the impossible task of capturing the magic of Halo that Bungie was able to conjure during the heights of the series, the franchise has seen a noticeable decline in quality as a Halo title. The Halo franchise has such a unique identity, and in trying to separate themselves from Bungie – and attempting to make the Halo franchise their own – 343i slowly but surely strayed away from what made Halo…..Halo.

With these lessons learned, and the realisation that Halo was at its most popular when it was at its most simple, 343i went back to the drawing board, studied Bungie’s work, and at E3 2018, fans were treated to their first look at Halo: Infinite. All of this is to say that from the get go, Halo: Infinite’s multiplayer feels ever so similar to Halo’s earliest entries. For many, this is exactly what they wanted. Unfortunately, I share a different opinion. First thing’s first however:

Graphically, Halo: Infinite is solid. While graphics are generally one of the least important elements to a game and so should really be considered last, in this instance I feel the need to address the Craig-sized Grunt in the room. Halo: Infinite’s original campaign gameplay reveal looked outright bad. Textures were flat, the pop-in was abundant and the lighting made the game appear multiple generations old.

This is not news; even 343i themselves know. That is why the game was delayed by a year – and that delay was clearly well spent. While Halo: Infinite is neither a technical marvel nor a graphical showpiece, the game looks pretty and clean – and if we’re being honest, that is all that is needed (especially for the multiplayer mode). There was no point at which I was distracted by the graphics in neither a positive nor negative sense – and that’s a good thing.

One element that is vital to a shooter is sound, not only for tactical purposes, but also for immersion. This is one area where Halo: Infinite excels. 343i have opted for a clear and crisp sound profile which makes for some of the highest quality sounding weapons, footsteps, armour creaks and more. From the mechanical clicks of a grenade throw to the visceral crunch of a melee kill, Halo: Infinite feels good to play, and its audio is a big reason why.

Another reason why is the gameplay itself. In the wake of the breakup between Microsoft and Bungie, 343i were given the reins to the Halo franchise. With big shoes to fill, 343i attempted to carve out their own identity for Halo. What this meant however was that with every new entry, each title would stay further and further away from why Halo became popular in the first place. Learning their lesson, 343i brought Halo: Infinite back to basics…unfortunately, this isn’t entirely for the better.

Even at its most complicated, the Halo franchise has always been rather simple mechanically. This is doubly the case for Halo: Infinite. Taking heavy inspiration from Bungie’s earlier entries, Halo: Infinite features no fancy movement mechanics, nor any major gameplay-altering gimmicks. The closest thing you’ll get to such mechanics is with the game’s pick-up-able equipment.

Even then, the most interesting gadget is the grappling hook. In multiplayer however, you will rarely pick the item up, and even if you do, its range and uses are so limited as to be rendered mostly useless. For some, this will be a good thing as those who want a core Halo experience can simply ignore them and be no worse off for wear. The only fear currently is that this simplicity will not be able to hold up to long term scrutiny.

Microsoft has made it clear that Halo: Infinite represents the next decade of the franchise, and will serve as an almost live-service model. So far, what I have played, I have enjoyed thoroughly – however I can't say for certain whether this will be the case after 100 hours.

Halo: Infinite feels incomplete. As mentioned, the game was delayed for a full year following feedback from fans and the realisation that the game was not ready – and 343i could not suffer from another disappointing Halo game. The delay was therefore well needed, and what content is here is well polished and refined. Unfortunately, there simply isn’t enough of it.

With only 10 multiplayers maps at launch, and very few weapons, you experience everything that the game has to offer very quickly. Now, this is the nature of most multiplayer video games, however in titles such as Call of Duty, players are incentivised to continue playing through offering weapon unlocks, attachments, perks and more. None of this features in Halo: Infinite.

Yes, Halo is a very different game, and this “pick up and play” nature lends itself well to a consistent experience, however with so little content – and with 343i already announcing that Season 1 will be much longer than previously expected – it does feel as though 343i themselves know that the game lacks a significant amount of content.

As I mentioned earlier of course, the game is being treated like a live service title. Maps, weapons, game modes and more will all be released over the course of the next several years. Come the end of its life I have no doubt that Halo: Infinite will be a content rich game. As it stands currently however, I hope 343i manages to get the content ball rolling quickly.

343i have already addressed this issue with promises to fix it, but as it stands, there is no incentive to play Halo: Infinite. As I mentioned earlier, the Halo franchise is not about progression, it is about offering a solid list of fun gameplay mechanics which are able to stand the test of time. Even so, Infinite does offer progression in the form of a Battle Pass. Unfortunately, it’s terrible.

Putting cost, unlockables and all other issues aside, the Battle Pass for Halo: Infinite is fundamentally broken and in its current form, it disincentives play. After putting 5-6 hours into Halo: Infinite, I am still only level 2 on the Battle Pass. This is due to the fact that 343i made it so that the only way to level it up is through completing specific challenges.

During one game, I managed a respectable score, topping the leaderboards across both teams and winning the match. Despite this, I earned precisely 0XP towards the Battle Pass as I did not fulfil the specific criteria such as “kill x amount of enemies with x weapon“. Again, this is something that 343i have promised to fix and I believe that they will, but as it stands right now, once the honeymoon period is over – and it is approaching fast thanks to the lack of map and game mode variety – I fear there will be not enough to keep me playing.

I will not end on a sombre note. So far I have greatly enjoyed my time with Halo: Infinite, and when I am not playing it, I am thinking about wanting to play it. That being said, I fear that if 343i are unable to keep fans occupied with a steady stream of content, then Halo: Infinite will not survive long. Fortunately, it seems as though 343i are in it for the long haul with Infinite, and so even if the game is rather bare right now, I am looking forward to playing Halo: Infinite one year from now, when all of these issues will (hopefully) be fixed. Halo: Infinite is available for free on Steam, the Windows Store and Xbox app.

KitGuru says: What do you think of the Halo: Infinite multiplayer? How many hours have you played? How soon does 343i need to release new content for the game? Let us know down below.