When it finally releases, Star Citizen will undoubtedly be the most expensive video game of all time. Back in December, it was announced that the multiplayer space trading and combat simulator had surpassed $250 million in crowdfunding. Now, just six months later Cloud Imperium Games have managed to raise another $50 million bringing the total amount raised from the community to $300 million.

As of writing, Star Citizen has raised $300,510,084 from 2,712,818 backers. All of this money is claimed to go directly into the funding of this game. Reportedly, the most expensive video game ever to develop was Call of Duty: Modern Warfare 2. With a development cost of $50 million, and Marketing cost of $200 million, when accounting for inflation the first-person shooter’s total cost was said to be $298 million. 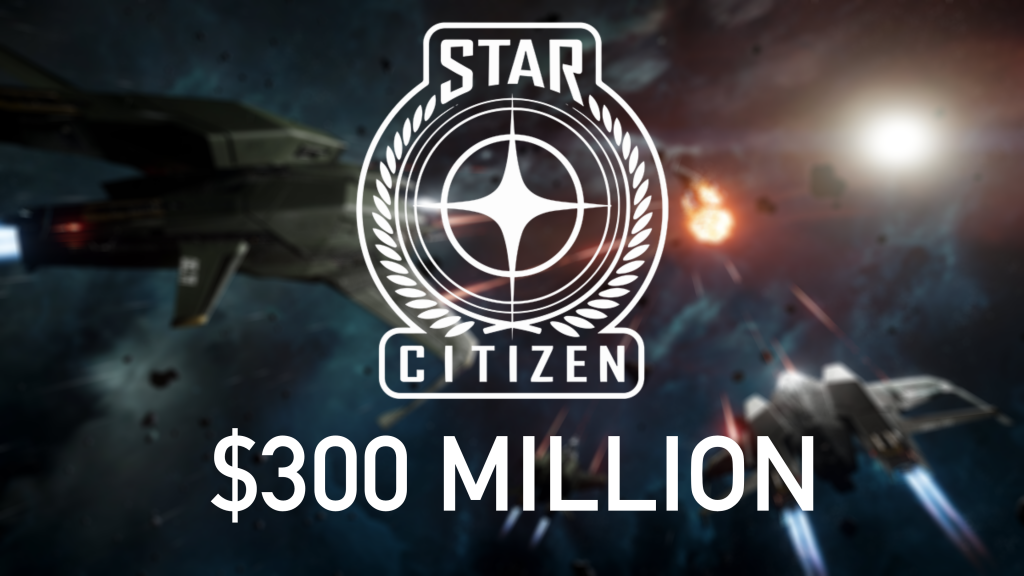 Though development costs aren’t always disclosed, according to available data Star Citizen will be the most expensive video game ever to have been developed. This number is further increased when including money raised via private investment  which would increase total money raised to roughly $363 million.

With seemingly no release date in sight, and Cloud Imperium Games still accepting crowdfunding, it’ll be interesting to see just how much money will have been raised by the time the game finally releases. The live crowdfunding stats for Star Citizen can be found HERE.

KitGuru says: Are you surprised to see Star Citizen raise so much money? Have you put any money into the project? When do you think the game will finally release? Let us know down below.