EKWB, the Slovenian liquid cooling company, has had a busy week with their Virtual EXPO event and also with the launch of the MSI MPG Z490 Carbon EK X, which is supplied in a package with a monoblock and an EK Leak Tester tool.

We covered the EXPO HERE and the launch of the motherboard HERE and now it’s Leo’s turn to add his views.

We are familiar with the idea of buying a monoblock for your motherboard so you can cool your CPU and VRMs, but the usual procedure is to buy your motherboard from one store and then head to a specialist company such as EKWB for the monoblock and other hardware. The MSI MPG Z490 Carbon EK X breaks with precedent as you buy the motherboard from EKWB and it comes complete with the monoblock and an EK Leak Tester tool, plus all the usual MSI extra such as cables and a manual. This package is an official product that is supported by both MSI and EKWB so you are fully covered with a warranty.

In our video we discuss a number of new products that EKWB has announced such as Torque Micro, extenders, adapters and vertical GPU brackets but if you dig into Matthew’s article you will also read about new Threadripper CPU blocks and a range of flow indicators. EK had a super week with their Virtual EXPO and while it isn’t a substitute for Computex it certainly helps in keeping us fully informed. 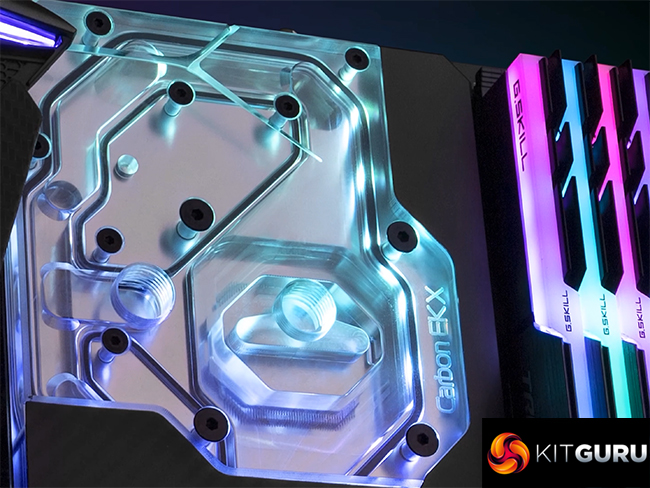 KitGuru says: We have a stack of Z490 motherboards to review but you can be sure the MSI MPG Z490 Carbon EK X will have its moment of glory in the near future.