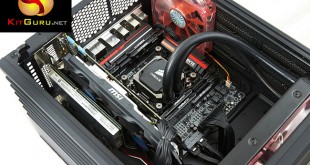 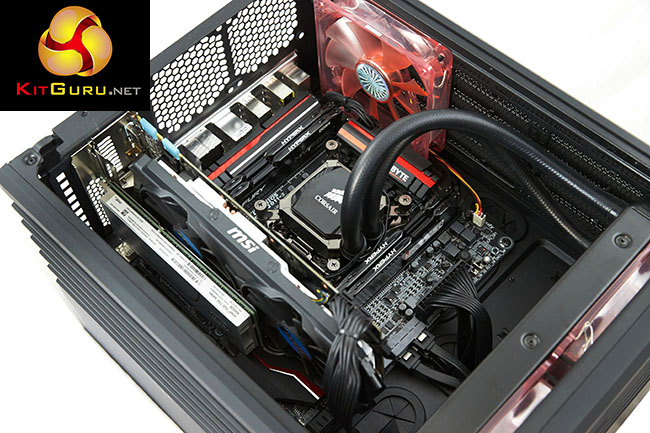 It has been some time since we last looked at a CyberPower system, and we were interested to see how this build would fare, especially with all these hot running components crammed inside such a small case. CyberPower offer plenty of system tweaks, which you can see over HERE. If you have a fat enough bank balance they even let you add in a Core i7 5960X Extreme Edition and another graphics card, or two Titan X GPU’s – if you want to take 4K gaming seriously.

For those unwilling to play with BIOS settings, Cyberpower offer two ‘overclock’ settings via their system configurator – ‘PRO OC’, which delivers an extra 10% performance, and ‘EXTREME OC’, for a 20%, or greater end result. 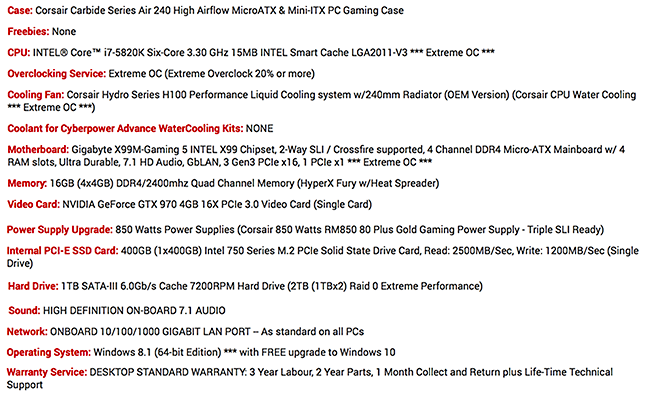