While this may annoy some, plenty of people just seem to be getting on with it and picking up the accessories, with popularity shooting up by almost 1000 percent on Amazon. 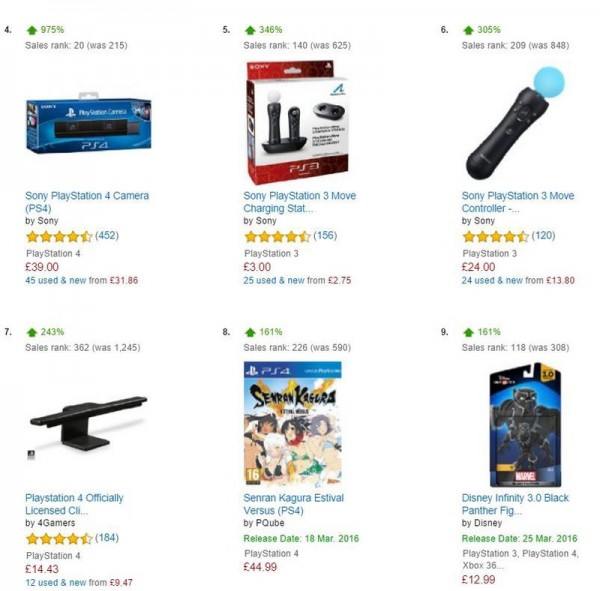 Right now on Amazon, sales of the Move controller are up by 305 percent, while sales of the PS4 camera are up 975 percent. Quite a few people are also buying the optional PS4 camera stand, which has seen sales rise by 243 percent.

It looks like those planning on getting the PlayStation VR headset when it launches are ensuring they are prepared and ready. Hopefully this sudden spike in popularity for these accessories doesn't result in stock shortages for everyone else. The PlayStation VR itself is also off to a good start as here in the UK Amazon's ‘day one' stock sold out in minutes.

KitGuru Says: Given that the PlayStation Camera is a required purchase for PS VR to work, it should really be included in the box. The Move controllers on the other hand are entirely optional and users can just use the DualShock 4, so that is a slightly different story. Either way, this doesn't appear to be stopping anyone from making the required purchases.