Atari Game Partners is attempting to revive games from its classic line-up and is going an unconventional way to make it happen. Rollercoaster Tycoon is currently in the publisher’s crosshairs with the Nintendo Switch as its platform of choice, but instead of crowdfunding via Kickstarter, it has instead opted for StartEngine.

Instead of rewarding backers with a copy of the game or other catered tiers that would usually net supporters items of the physical and digital sense as well as a final credit, StartEngine gives crowdfunders a chance at truly investing in the title in a traditional sense.

Provided that the new Rollercoaster Tycoon title hits the $2,000,000 goal, backers are entitled to “pro rata share of 50% of profits” until they earn 120% of their investment, to which it becomes 25% for the first 18 months of full release. There is some wiggle room for these numbers if the goal isn’t reached, and so far the title is sitting at $24,600 with 88 days left and $250 as the minimum buy-in.

Unfortunately, it seems that Atari hasn’t learned from past mistakes, as the developer pegged to make the new game is Nvizzio Creations, the same studio responsible for the vastly underwhelming Rollercoaster Tycoon World. 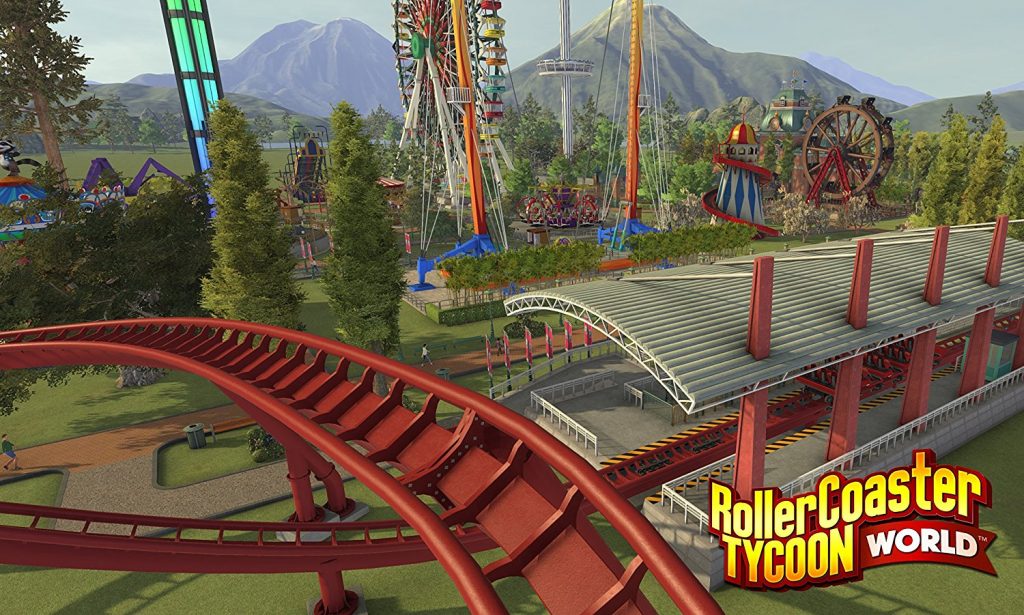 Of course, Atari spends less time talking about its developer of choice and draws attention to its successful mobile spin-off, Rollercoster Tycoon Touch, suggesting that this will be the model used for the new Switch title, mixed with new scenarios and a sandbox mode.

That’s not the only worrying thing about the proposed title, however, as there seems to be many questionable things about the proposition. For starters, StartEngine is a part of the equity crowdfunding world which is often very loose on regulations, something in which the company might well be utilising to its full advantage if the final statement is anything to go by:

“We might incur Irregular Use of Proceeds that may include but are not limited to the following over $10,000: Vendor payments and salary made to one’s self, a friend or relative; Any expense labeled “Administration Expenses” that is not strictly for administrative purposes; Any expense labeled “Travel and Entertainment”; Any expense that is for the purposes of inter-company debt or back payments.”

The proposed release date is also questionable, as Atari lists 2018 as its goal. I can’t comment on which stage in development this Switch title is at, but for a game we’ve only just heard about and has just hit crowdfunding to list the same year as its launch window seems strange.

There’s also no word on when Atari’s new console, the Ataribox will finally make its way onto Indiegogo. The Ataribox was meant to release onto the platform on December 14th, however the crowdfunding was delayed with no indication as to a rescheduled date and a simple waitlist placed on the main site.

KitGuru Says: While I wish Atari all the best when reviving its classic brand, I have to be wary of its choices as it re-enters the public eye. I want to see the Ataribox be a success and classic titles come alive in the modern era, but is this really the way to go about it? Are you interested in the proposed Rollercoaster Tycoon for Switch? What do you think about Atari’s campaign?

Previous PUBG hits 4 million players on Xbox, makes adjustments to starting island on PC
Next Nintendo’s Switch is getting four times the amount of games this year, PC continues to be a favourable platform