Warning, this article contains minor spoilers for the Destiny and Destiny 2’s campaign, as well as possible future content expected to be seen in expansion packs.

Destiny 2 released on PC just yesterday, and as expected, dataminers got to work on uncovering as many details about the title as possible. Currently-unused lines of dialogue give us insight in what is to come in upcoming expansions, as well as what Destiny 2 once was before it underwent changes in its pre-production.

We already know about Destiny 2’s first expansion, after ‘The Curse of Osiris’ was leaked back in August. Lending credibility to what we already know, the mysterious Warlock, Osiris, is mentioned multiple times alongside Mercury’s Lighthouse location from the first game and Shiro from its Rise of Iron expansion. This DLC is expected to arrive in December.

The remaining dialogue enters a state of ambiguity as to whether the lines represent what is to come in next year’s Warmind expansion, beyond that or whether they were abandoned ides from the first and original version of the second game. 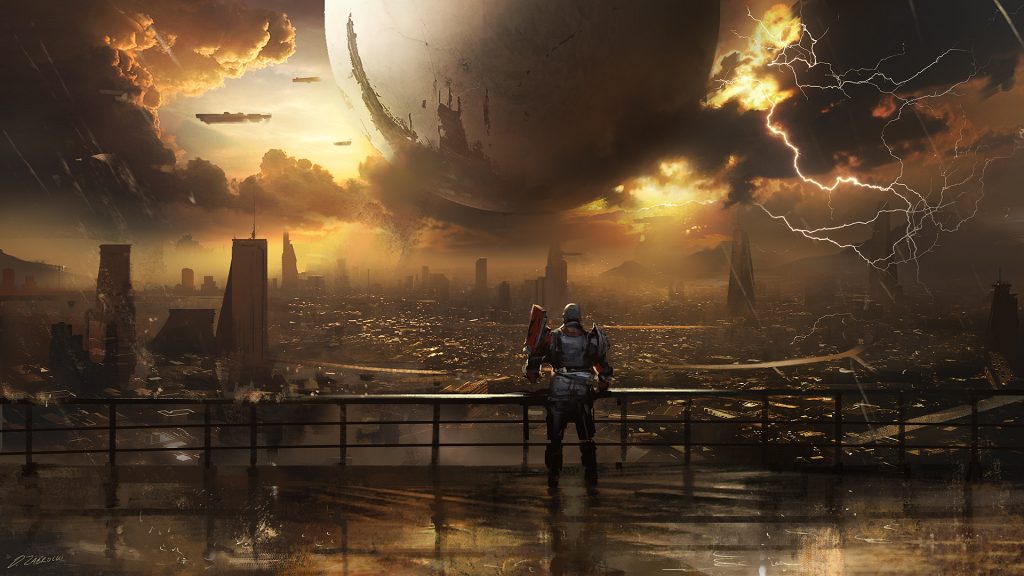 One of the more probable encounters is “The Darkness,” a race that has long been teased since the first games as what chased the Traveler of Light to Earth and prompted its dormant state. This was again teased in the credits of Destiny 2 and is found in the datamine to have prompted a new Fallen group to arise that worships The Darkness according to lines spoken by Ikora.

Multiple Destiny 1 locations are mentioned, including Earth’s Cosmodrome, the Moon’s Hellmouth, the Dreadnaught and many others, while also referencing the Red Legion faction which didn’t appear until the second game. This could hint at the reappearance of these locations in the future, or ideas that have since been reworked.

Similarly referenced is the return of arena events, which are usually tied to holidays such as Halloween such likes. While this year will not be experiencing the Festival of the Lost Halloween event, it has been referenced alongside a new activity known as Prison of the Elders, the first of Destiny 2’s events, The Dawning and the familiar Crimson Days.

No, Sir. We may see it again someday but Season 1 has been about launch and ritual activation. The first event for Destiny 2 is The Dawning.

The remaining dialogue is even more difficult to decipher as to where it belongs in the stage of development. Locations such as The Myriad and Ganymede are both referenced, but there is evidence to suggest that the former was simply a working-title for Nessus, a location that does appear in Destiny 2.

Luckily, Bungie is listening to fans regarding content as it moves forward and plans to keep all platforms as synchronised as possible with release dates.

KitGuru Says: Overall, it seems like Destiny 2 went through a lot of content planning, both past and present. This makes a change from the barebones base campaign and the subsequent disappointing first two expansions that we saw from the first game. Hopefully Destiny 2’s DLC has a lot more to offer and returns to the thin lore of the Traveler. What do you expect to see from upcoming expansions?