Cloud Imperium Games (CIG) has had quite the lucrative year, with Star Citizen breaching the $200 million milestone and launching its first planet, Hurston. In an end-of-year letter, CEO Chris Roberts revealed that CIG had secured an addition private investment of $46 million, as well as launched its Squadron 42 roadmap, aiming to hit Beta in the latter half of 2020.

Roberts is proud to have hit a staggering $211 million-and-counting just through word of mouth, bypassing the traditional marketing found in other triple-A video games. Despite this success, CIG is concerned that the standalone single-player experience will be buried against competition with more advertising revenue.

In an attempt to circumvent this, CIG has accepted private investment from the founder of independent music company Zomba, Clive Calder and Snoot Entertainment’s Keith Calder. Between them, the $46 million has bought approximately 10 percent shares of CIG’s US and UK companies, while Roberts retains around 75 percent shares of the overall firm. 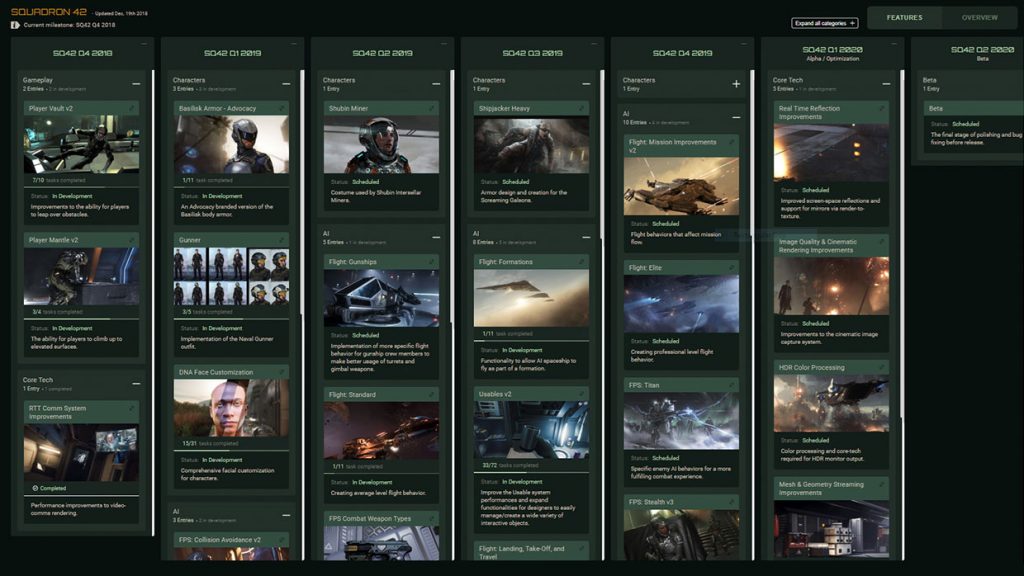 As the company spends more on marketing, CIG has stated that it will further endeavour to be more transparent about its finances. While the developer has annually published UK financials, it will make its global revenue distribution known via its corporate website, right next to the public counter showing the total money raised.

“This investment helps secure our independence. We may not have the resources that an Activision or EA have to launch one of their tentpole games, but we now control our own destiny in marketing Squadron 42, especially as we have a secret weapon: all of you!” Roberts wrote. “Between the power of the best community in gaming to help get the message out and these additional funds we will be well positioned to enable Squadron 42 to enjoy the success that it deserves.”

Squadron 42’s roadmap will have “the same caveats” as Star Citizen’s, but the primary aim is to get features and content largely complete by the end of next year. This will allow for an Alpha test during the first 6 months of 2020 for balance, optimization and polish, followed by a Beta in the latter half.

KitGuru Says: I stand with many in the ‘believe it when I see it camp’, but I do have the best of wishes for the game. The scope goes far beyond that of other triple-A games, so it would be good to see CIG set a new precedent. Are you looking forward to Squadron 42?