In an effort to strengthen its relationship with content creators, Nintendo ditched its controversial Creators Program at the end of last year hoping to “make it easier” to monetise videos based on the publisher’s games. Now, Nintendo has partnered up with Twitch to offer Prime members a free year of its Switch Online subscription worth £17.99/€19.99/$19.99.

Nintendo Switch Online provides a range of benefits for its users, from allowing players to access online multiplayer games, play classic NES games and access cloud saves for games that support the feature. It’s the cheapest of all of the first-party network services, but that doesn’t make Twitch’s offer any less appealing. 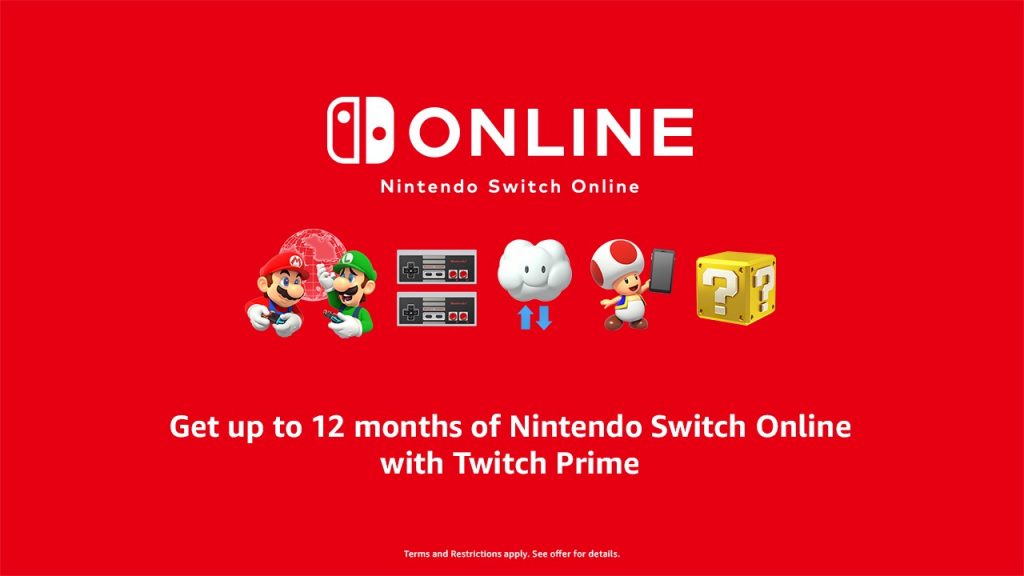 Existing Switch Online subscribers needn’t worry about having jumped the gun, as the memberships will stack on top of their remaining time left. Those that don’t wish to continue the subscription beyond the free period will need to be aware that membership will “automatically convert to a 3-month membership for £6.99/€7.99/$7.99 unless automatic renewal is turned off any time up to 48 hours before the end of the initial 3-month membership” or a 12-month subscription at the end of 9 months.

Benefits like these are available to both new and existing Twitch Prime subscribers, inclusive within the £7.99/$12.99 per month or £79/$119 per year Amazon Prime service. Of course, it wouldn’t be worth hopping on board for this Nintendo Switch Online deal alone, but for those interested in free PC games, a free free monthly channel subscription to Affiliates and Partners, free next-day delivery from Amazon, Amazon Prime Video and a range of other benefits, it’s more than worth it.

KitGuru Says: While this doesn’t exactly comfort those that have to now suffer through advertisements despite subscribing, it’s certainly a nice benefit that wasn’t there before. I think I might have to grab Splatoon 2 in order to celebrate.