Only a week ago, Blizzard announced a special event to mark the launch of Overwatch Legendary Edition on the Nintendo Switch, which was due to take place today. However, the event has been cancelled in the wake of the Hong Kong democracy protests.

A launch event to celebrate the release of Overwatch Legendary Edition on the Nintendo Switch was due to take place today at the Nintendo store in New York. Blizzard has confirmed the event has been cancelled, after concerns over calls from fans to boycott the event in a show of solidarity towards Hearthstone player “blitzchung”.

Hearthstone pro gamer, Ng Wai “blitzchung” Chung publicly supported the pro-democracy demonstrations in Hong Kong during an interview after his victory in the Hearthstone Grandmaster Tournament. He was later temporarily banned from competing again by Blizzard since the company didn’t agree with him airing his political views at their tournament. 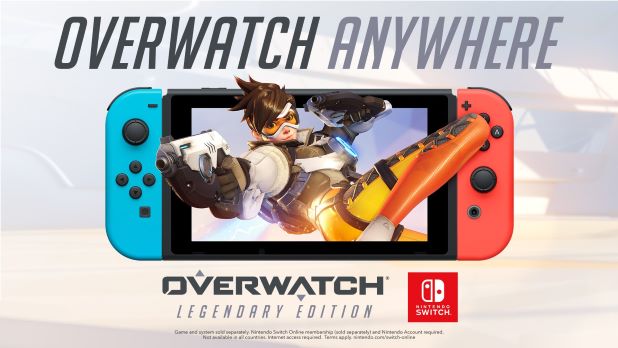 The Overwatch launch event was scheduled to commence today at the Nintendo store, with the first 150 fans who signed up being promised a meet-and-greet with voice actors from the game, as long as they had an active Nintendo account. “We apologise for any inconvenience this may cause”, said Nintendo NYC on twitter.

No official explanation was provided by either Nintendo NYC or Blizzard as to why the event has been cancelled. However, it is widely believed by the gaming community that the protests in Hong Kong and the treatment of “blitzching” are responsible for this change of heart by Blizzard.

KitGuru says: What do you guys think to what has happened here, could there have been another reason for Blizzard to cancel the event and do you think there is a place for politics in professional gaming?