Nvidia Canvas just got a bit better with this update

The AI-powered painting tool developed by Nvidia has just received an update, giving users the ability to add custom styles to their creations. Moreover, Nvidia announced the upcoming September Studio Driver with Windows 11 support and the latest additions from Asus, Dell and HP to the Nvidia Studio laptop lineup.

Since Nvidia launched Canvas, we've seen plenty of beautiful photo-like images that have been produced from simple doodles. Until now, Nvidia only allowed users to choose from the preset styles that come with the app, but with the new update, artists can now add their own custom styles, infusing their personal touch with their Canvas creations. 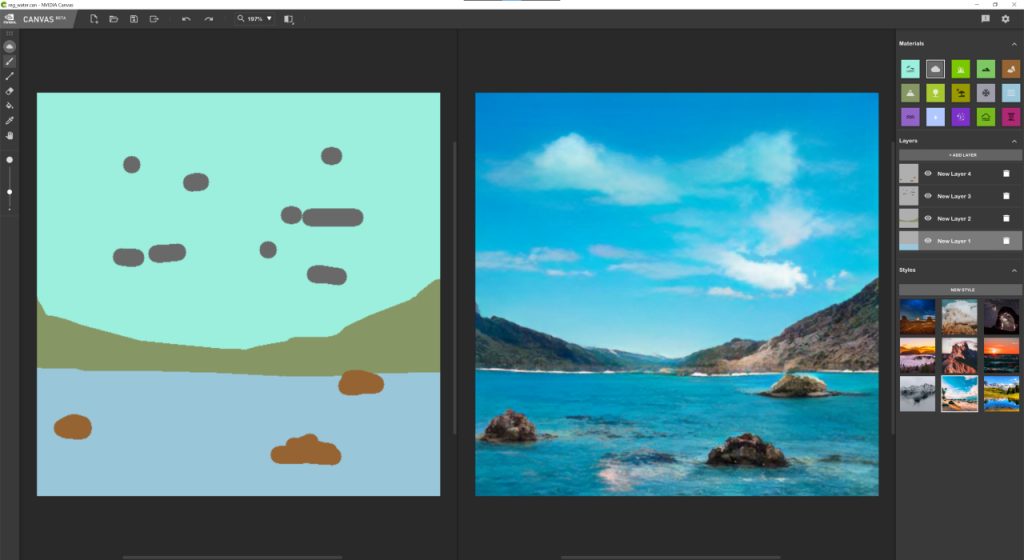 Besides the Nvidia Canvas update, the company also introduced the September Studio Driver for maximum performance with creative applications. This driver, which is now available to download, can also be installed on Windows 11 systems so users can benefit from the GPU-accelerated Windows 11 features. Additionally, the new driver brings support for Canvas and Jianying Pro (very popular in China), alongside optimisations to the Maxine AR SDK, improving performance in apps such as Notch.

KitGuru says: Have you already tried Nvidia Canvas? How was your experience with the AI painting tool?