Earlier this month, we saw the digital pricing for Ark: Survival Evolved jump to £55/$60 on console and PC, ahead of the game’s full release in August. While the UK price has since been adjusted to £49.99, the new price is still far higher than most would have wanted and this week, Ark’s co-director and lead programmer has explained why it all happened. Essentially, the blame has been pinned on physical game stores.

Ark’s co-creative director, lead designer and programmer, Jeremy Stieglitz, explained to PCGamer this week that in order to get physical game stores to stock the game, Studio Wildcard were told that they had to have the same pricing digitally and physically, otherwise the game would not be stocked. Rather than selling physical boxed copies at a lower price, the standard $60 price tag was applied. 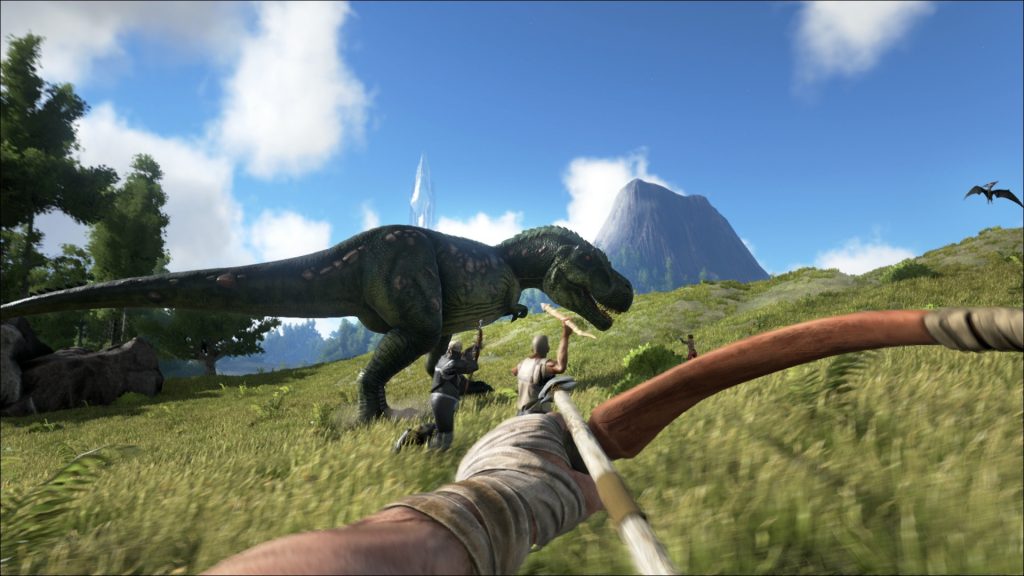 Here is the quote: “Admittedly, my intent, our intent, was to have the price hit the full retail price when the full retail launch occurred. That would have been at the retail launch, not prior to that. The reality turned out to be, and we didn’t realise this until we got to the final phase of getting the game into retail channels, was that: in order to get the game into retailers—that is not digital retailers but physical ones, both for the physical disc PC version and the console version—the retailers and distributors wouldn’t take it if the digital versions was cheaper than the retail version. They found that it would undermine their sales potential”.

From there, the studio was also told that retailers would not accept the game unless they could also run pre-order programmes. So, Ark needed to have its digital price pushed up even earlier than expected, all for the sake of retailers. As for those who feel that Ark isn’t worth the $60 price tag to begin with, Stieglitz disagrees:

“The value certainly will be there at the date of retail launch—that means you buy it now for $60, for example, in three weeks it’s going to be $60. It would’ve been $60 in three weeks anyway and we wouldn’t release a game that we didn’t feel was worth that. We’re really confident that there’s a hell of a lot of value in that package—content, features and fun gameplay.”

Ark: Survival Evolved will be leaving Early Access on the 8th of August. At this point, physical copies of the PC and console versions will also go on sale at the game’s new price.

KitGuru Says: We saw a lot of readers complaining about Ark’s new pricing and in the long run, I do think it will put a lot of PC gamers off. However, in the console market, physical copies are still very successful and it seems that is where Studio Wildcard is placing its bets for the future of the game.