Bethesda might be announcing a new game at the VGX Awards

Geoff Keighley is being a tease again, this time the VGX executive producer is hinting at game announcements to take place at the VGX Awards show in a few weeks time and better yet, Bethesda is involved- meaning we may finally get some information on Fallout 4 or see some DOOM gameplay.

A few days ago, Keighley tweeted that he was “planning with the ladies who run Bethesda”, this immediately led to gamers assuming that we would see some gameplay from Bethesda’s upcoming DOOM reboot but then speculation quickly turned to Fallout 4. 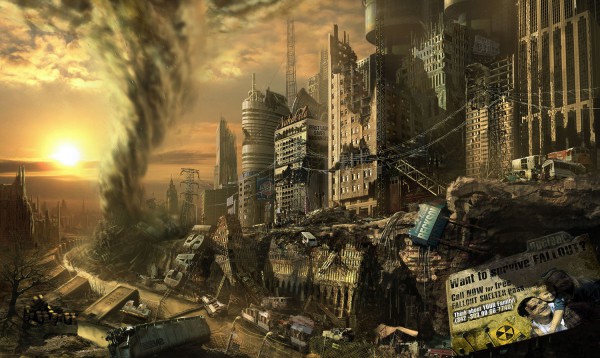 Bethesda has a very brief track record with the VGX Awards, back in 2010 it officially revealed The Elder Scrolls V: Skyrim at the show, gameplay footage was then shown at E3 the following year and the game was released a few months later in November. It’s currently rumored that Fallout 4 will follow the same schedule, being revealed at VGX in early December, followed by gameplay footage at E3.

Keep in mind that this is all based on fan speculation, we’ve seen some Fallout 4 rumors in the past but aside from the Three Dog voice actor teasing us, we’ve not had any concrete information. One guy made a fake Fallout 4 countdown website a while back in hopes of forcing some information out of Bethesda but that didn’t work, the publisher contacted him and had the site pulled down.

So Bethesda seems to be planning something with Geoff Keighley, the producer for VGX, we’ll have to wait and see what this leads to but hopefully, we will get an announcement, whether it be for Fallout 4 or one of Bethesda’s other IPs.

KitGuru Says: Fans have been waiting for Fallout 4 for a very long time now. These rumors may be a bit of a stretch and fans may be making some leaps but it would be cool to see the game announced. That said, Dishonored 2 was also rumored to be announced later this year, although there is less evidence to suggest that game is currently fully in development. Would you guys like to see Fallout 4 announced?