Bethesda is gearing up for Fallout 4 in a few weeks time and in order to keep the hype train going, the company kicked off a new video series a short while back, with the goal of providing an entertaining look at how the S.P.E.C.I.A.L. stat system works in the new game. Today, Bethesda launched the penultimate episode for the series, going over Agility.

S.P.E.C.I.A.L stands for Strength, Perception, Endurance, Charisma, Intelligence, Agility and Luck, all stats that make up your in-game character and effect things like abilities and perks. The sixth video in the series was made available today, explaining the Agility stat: 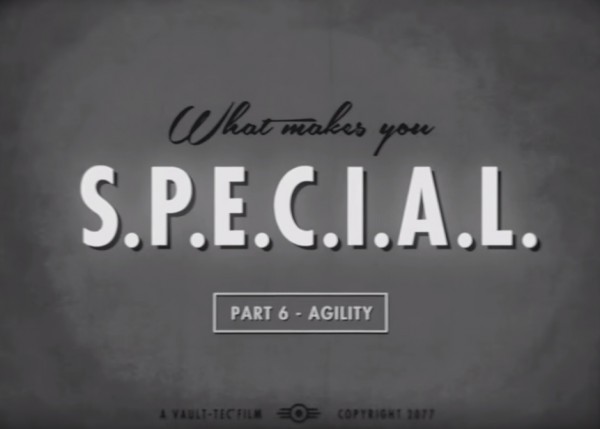 Bethesda will be releasing the final video next week, going over Luck, which will lead us nicely in to the final few weeks ahead of Fallout 4’s official launch on the 10th of November. Once Fallout 4 is finished, the development team will be moving on to the creation kit for mods and then moving on to DLC in early 2016.

KitGuru Says: Bethesda is switching up how stats and perks work in Fallout 4, so these videos are actually pretty entertaining to watch. Are you looking forward to Fallout 4? There’s just less than a month left to wait now…

Previous Apple could face $862 million fine for using a university owned patent
Next The Witcher’s first expansion is out, but the second may release later than expected