Destiny will be Bungie's first game since it parted ways with the Halo franchise, so as you can imagine, gamers are very interested in seeing what they do next. However, so far Destiny gameplay footage has been scarce and the developer hasn't given much away about the game, luckily though, they still check in every once in a while with some updates.

Firstly, the Destiny website has been updated with some short 30 second videos, showing off the Warlock, Titan and Hunter. Each video shows off some gameplay footage, while the website provides some background and lore information on each of the characters. 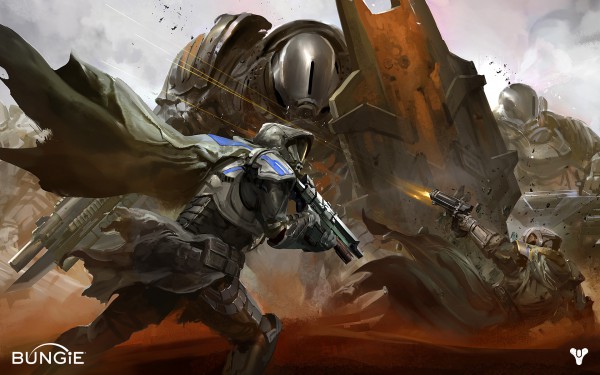 Bungie is also on track for its 9th of September release date, with the Pre-Alpha build finished but there is still plenty of work to be done before the Summer beta can take place:

“Pre-Alpha itself is just a beginning. It leads us into Alpha proper, and you into Beta, but it’s already keeping us up late into the night. Though we’re bleary-eyed and exhausted with the day-to-day challenge of keeping Destiny on track, the tiny sampling offered by our Pre-Alpha is already hugely motivating.”

KitGuru Says: Destiny is starting to look pretty good although Bungie would have been wise to include the PC platform in its release plans. Will you guys be picking up Destiny or will you be holding out for a possible PC release?