Destiny blocked on some college and university networks

For most onlookers, the Destiny launch seemed to go off without a hitch earning Activision $500 million in a single day. However, for a lot of students, the experience has been dramatically different as the game isn't accessible on many college and university campus networks worldwide.

So far, Bungie is aware of the issue and has told campus residing students to “stay tuned” for some information that they can share with their network admins in order to make the game accessible, although a fix has yet to be released. The connection problem comes with the error code, centipede- looking up #fixcentipede on Twitter reveals a lot of messages to Bungie from upset day one buyers. 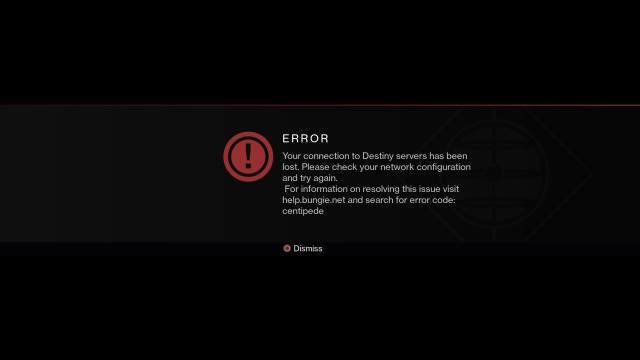 Bungie has listed a fix that home users can use to fix the problem but those staying on college and university campuses won't have network administration rights, meaning that they can't forward any ports or access the router directly in order to fix things themselves.

Even if Bungie does provide information for students to share with campus network admins, there's no guarantee that the IT team will allow any network changes for the sake of a game.

Destiny launched two days ago for the Xbox One, PS4, Xbox 360 and PS3. The game has already made $500 million in sales and could sell as many as 15 million copies by the end of the year.

KitGuru Says: If you're a student living on campus then maybe hold off on buying Destiny for a week or so  until these connectivity issues get ironed out. Have any of you guys bought Destiny already? What do you think so far?