Gears of War: Ultimate Edition is now available on PC

Microsoft has been very tight-lipped on Gears of War: Ultimate Edition on the PC since its announcement last year. However, today the game finally launched completely out of the blue, with full DirectX 12 support and built to impress with 4K graphics.

Aside from that, the PC version of the game comes with an unlocked frame rate and mouse/keyboard support, as you would expect from a shooter on PC. 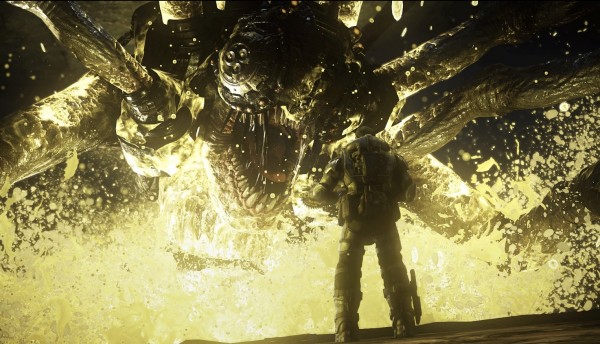 In all cases, the game is only supported on Windows 10. On top of that, it is built using the universal app platform, which means no multi-GPU support so getting high frame rates at 4K may be a struggle at points depending on optimization. The game will also be stuck in Borderless Windowed mode with V-Sync on so that is worth keeping in mind.

KitGuru Says: I'll be picking this game up a bit later to take a look at how it performs, particularly since it is one of the first major DirectX 12 titles. Are any of you planning on picking up Gears of War on PC?