Rockstar caught a lot of flack last year for the release of Grand Theft Auto: The Trilogy – Definitive Edition. Now, a few months later, we have another remaster of sorts, with Grand Theft Auto V re-releasing with graphical enhancements for PS5 and Xbox Series X/S consoles. These enhancements are not available on the PC version of the game, but is the new console version worth the upgrade? 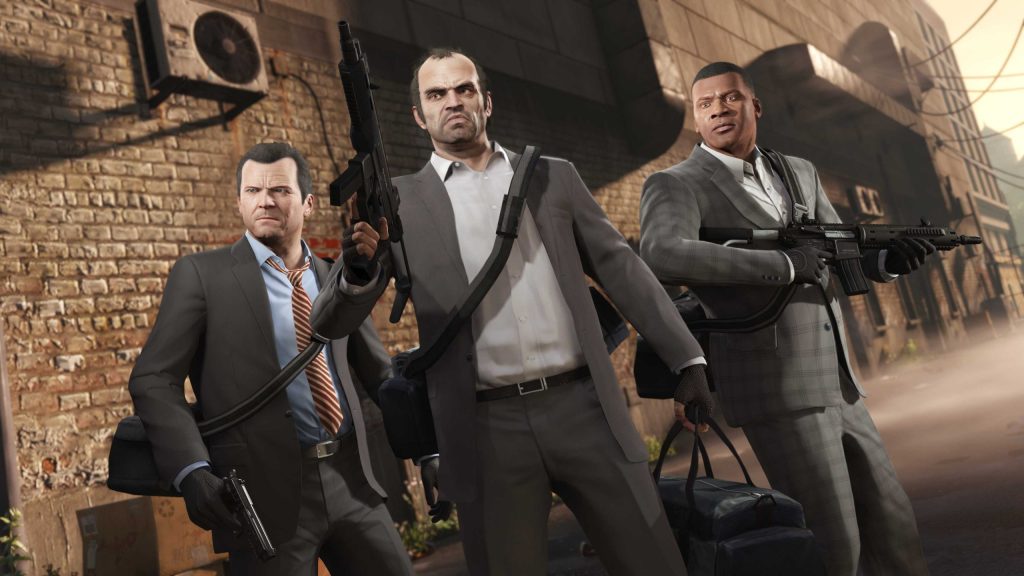 Many of us have already had quite the journey with Grand Theft Auto V. The game first released nine years ago on Xbox 360 and PS3 – sure enough, I owned the game on PS3. A year later in 2014, the game arrived on Xbox One and PS4, bringing 1080p gameplay and other visual upgrades – many of us bought in again. Another year later in 2015, the game released again, this time for PC, with the biggest visual overhaul to date and an unlocked frame rate, allowing us to finally experience Los Santos at decent frame rates.

For the longest time, the PC version has been the ‘definitive' way to play Grand Theft Auto V, but with the new Xbox Series X/S and PS5 version, has that changed?

For months, we've been questioning what ‘Expanded & Enhanced' means for this new version of GTA V on Xbox Series X/S and PS5. As time has gone on, we've come to learn that by expanded, Rockstar means new GTA Online content, and by enhanced, the studio means very subtle and minor graphical upgrades.

Grand Theft Auto V on the Xbox Series X/S and PS5 offers three graphical modes to choose from. In Fidelity mode, you get 4K resolution at 30 frames per second, with ray-traced shadows switched on. Thankfully, there is also a ‘Performance RT' mode, which runs at 1440p and 60 frames per second with RT shadows rendered at a lower quality setting. Finally, there is also a standard performance mode, which also offers 1440p/60FPS gameplay but without ray-tracing switched on at all.

There are no other ray-tracing features present, so don't expect fully revamped reflections, or diffused or emissive lighting etc. The catch here is that while RT shadows do look a touch better than traditional in-game shadows, the effect is incredibly subtle and if you are playing on a console hooked up to a TV while sat back on the sofa, you are far less likely to notice the difference at all. In addition, as Digital Foundry points out, ray-tracing is only present on shadows cast by the sun, so all interior areas of the game use standard shadow maps.

Purely from a console to console perspective, Grand Theft Auto V on PS5 does offer a significant bump from the PS4/Xbox One version. The game does look far closer to the PC version at high/ultra settings, but I wouldn't say the new version exceeds the PC version in a significant way visually, even with RT Shadows enabled.

From a gameplay standpoint though, I absolutely love playing Grand Theft Auto V on the PlayStation 5. Rockstar put in the additional work to fully support the DualSense controller and if you've read my past KitGuru Games pieces, you'll know that I absolutely love this controller. Rockstar has implemented additional rumble effects, the adaptive triggers kick in for weapons and some audio, such as in-game phone calls, will play through the DualSense speaker.

The DualSense controller just make gameplay so much more engaging compared to a standard gamepad or keyboard and mouse. For me, the DualSense has become my favourite way to play games – I'll even play first-person shooters with this gamepad if the features are well supported, which is a big deal for someone who has previously sworn off all console FPS titles.

So yes, somehow I've managed to fall in love with Grand Theft Auto V all over again. It continues to be an excellent game and I don't regret the £8 it cost me for the PS5 version. However, if I had bought this game on Xbox at its higher £18 price tag, I feel like I would most definitely have a more negative outlook.

Of course, while I don't regret buying the PS5 upgrade, that doesn't mean it should exist, or even be recommended. At the moment, Rockstar is selling GTA V for PS5 at 75% off (50% off on Xbox) as an ‘introductory offer'. In three months time, this version of the game will shoot up to £34.99 and at that price, this upgrade gets a hard no from me.

Grand Theft Auto V is already the highest selling game of all time and continues to generate millions, if not billions of dollars, for Rockstar and Take-Two each year. It would not have hurt the studio at all to offer this as a free upgrade for those who already own the game on Xbox One or PS4. At the very least, the upgrade should be sold at a fixed, low cost to those who already bought in once, possibly even twice already.

KitGuru Says: The PS5 version is my new favourite way to play Grand Theft Auto V, but I certainly don't want to encourage this sort of business practise either. This upgrade is not worth the £34.99 price tag that Rockstar intends to sell the game at, and it isn't worth the near £20 price the game is currently being sold at on Xbox. In my opinion, Rockstar should cap the upgrade at 75% off for anyone who previously bought GTA V on Xbox or PlayStation, and the price for a new buyer should also be lower considering that GTA V is now almost a decade old – we all know Rockstar will make that money back through GTA Online anyway.