Cloud gaming is a big topic of conversation within the industry once again. The concept went away for a while after OnLive went under but now heavy weights like Google, Microsoft, Amazon and more are all working on the technology. Google Stadia and Microsoft’s Project xCloud will be part of this new push but Microsoft and Google have very different pitches for what cloud gaming should be right now.

Google wants Stadia to replace the gaming console and PC. You’ll sign up for an account, buy your new games on the platform and then stream them to any capable device you have without needing to mess around with system updates, game patches etc. This is a future that many enthusiast gamers don’t want- after all, we all love owning our games, building our collections, being able to install mods etc.

Microsoft’s approach is different, at least for now. Speaking with Giant Bomb this week, Phil Spencer explained where he sees Project xCloud fitting in to our lives. He pitches it as a “convenience feature” and not a replacement for a dedicated gaming box that you own in your house. The way Spencer sees it, xCloud is a way for you to access your games on a phone or tablet while you are out of the house or don’t have access to your Xbox or PC. 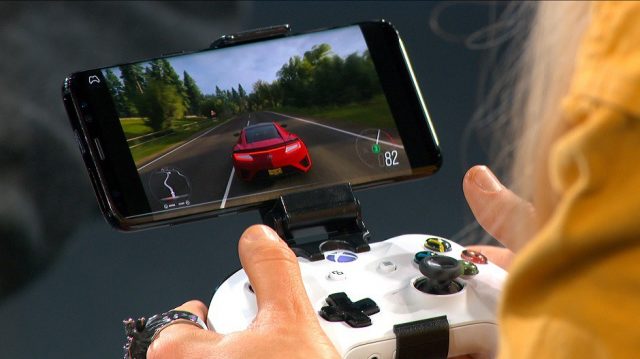 You will likely need to pay to use the xCloud servers, but you won’t need to re-buy games you already own or purchase games that can only be streamed. Instead, it will be a way to access your digital library from anywhere. In the long-term future, Spencer also wants xCloud to act as a gateway to gaming for those in areas where they might not be able to get an Xbox or a good gaming PC but people there do own a smartphone, using places like India and Africa as examples.

If you don’t want to pay for xCloud and have a solid upload/download speed from home, then Xbox Console Streaming will also be a new platform feature in the near future. So instead of running and streaming your games from a Microsoft datacentre, you can stream it to your phone or tablet from your own Xbox at home, similar to Steam’s own streaming tech.

There are questions surrounding the future of gaming consoles and some analysts have predicted that the next generation of consoles will be the last. According to Phil Spencer, this is not a future Microsoft is planning for right now, confirming that Project Scarlett won’t be the last Xbox console.

KitGuru Says: I’m sure a decade ago, Microsoft would have been planning for xCloud to be a console replacement just like Stadia. However, under Phil Spencer, the Xbox team is working a lot smarter and has been making all the right moves to get people back on their side. Most people agree that the convenience of cloud gaming would be nice, but that doesn’t mean they want to give up their console or PC that offers a better all-around experience.