You can grab Watch Dogs, Assassin’s Creed IV and more for free on PC right now

If you never had the chance to play through Watch Dogs, Assassin's Creed IV: Black Flag or Ubisoft's World in Conflict, then now is the perfect time. For the next couple of days, you can grab all three of these games for free on PC. 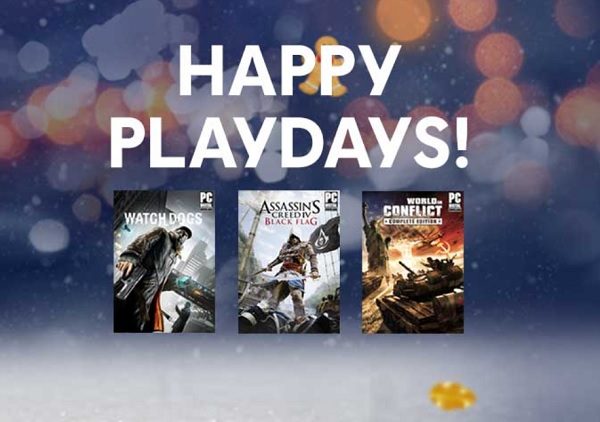 This is part of Ubisoft's ‘Happy Playdays' holiday promotion. All you need to do to claim all three games is head over to Ubisoft's page HERE, log in to your uPlay account and have the games added to your library. Once the games are in your library, they are yours to keep forever.

You do need to be fairly quick though, this giveaway ends on the 23rd of December at 10AM here in the UK.

KitGuru Says: Ubisoft was giving away Watch Dogs for a little bit earlier this year, so if you missed out the first time, you have a second chance now. Aside from that, Assassin's Creed IV is one of the best entries in the series, so it is certainly worth grabbing if you never played it.

Previous The government has decided UK public will get 10 Mbps minimum download speed by 2020
Next Call of Duty: WWII is getting The Resistance and The Darkest Shore Zombies DLC