With Call of Duty: Modern Warfare, the series chose to abandon its old form of post-launch support in favour of introducing seasonal content. As the first-person shooter is set to debut its second season later today, Infinity Ward has detailed what fans can expect both in terms of free content, and from the game's seasonal Battle Pass.

Launching on the 11th of February at 6pm, Modern Warfare’s second season is set to bring with it the return of fan-favourite map – Rust. Originally found in Modern Warfare 2, Rust became a favourite amongst players due to its close-quarters nature combined with its verticality, leading to an action-packed map filled with a multitude of potential gameplay strategies. Launching alongside Rust is a brand new map, Atlas Superstore. The map is described as “an all-new map that takes place in a warehouse store where players must battle through the aisles, over toppled boxes, and other wrecked merchandise.”

Rust will also be available as a Gunfight map, alongside Bazaar, “a small section from the streets of Urzikstan-turned-battleground that’s a tense and tactical battle”. The final map launching with Season 2 is the Ground War map, Zhokov Boneyard, “a large sprawling airplane junkyard with room to capture objectives, advance your team’s territory, and terrain for vehicle warfare.” 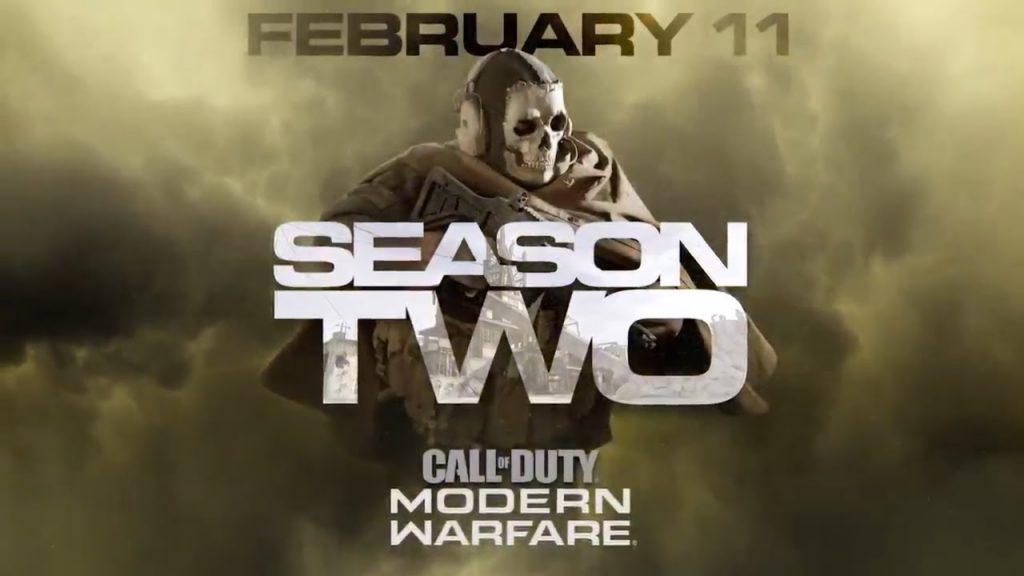 Two new weapons will also be available for players to unlock: the Grau 5.56, “A lightweight and mobile assault rifle which excels at range” and the Striker 45, an SMG “that has potential at longer ranges compared to its class with a moderate rate of fire.”

Lastly, The new operator available to those who purchase the season’s Battle Pass is returning character, Ghost. Another fan-favourite from Call of Duty: Modern Warfare 2, Ghost is “a British special forces Operator and a commanding officer in Captain Price’s Task Force 141. He is an expert at clandestine tradecraft, sabotage, and infiltration.”

All this, and more will be available come the launch of Modern Warfare’s second season later today. As the season progresses, more content will become available, including new operators Talon and Mace; a new multiplayer map, Khandor Hideout; new multiplayer modes; and a third new weapon. The maps, multiplayer modes, and weapons will be free to all players, while the operators and various weapon blueprints and customisation items, will be available to those who purchase the season’s Battle Pass.