Genshin Impact has grossed $100 million in under 2 weeks

Just a few days ago we reported that Genshin Impact, the newly released free-to-play open world, Breath of the Wild inspired action RPG, had grossed $50 million in just over a week. Now, in even less time, the game has doubled its revenue, bringing in over $100 million in under 2 weeks – cementing the game as an undeniable success.

Reported by industry analyst Daniel Ahmad, Genshin Impact has “now grossed over $100m in less than two weeks”. According to Ahmad, the four biggest markets for the game have been China, Japan, Korea and the US.

Thanks to all this, Genshin Impact has reportedly become “Without a doubt the most successful launch for an original IP from a Chinese dev”. If Genshin Impact had been a full priced $60 game, then this milestone would be equivalent to selling over 1.6 million copies – an impressive figure in its own right. 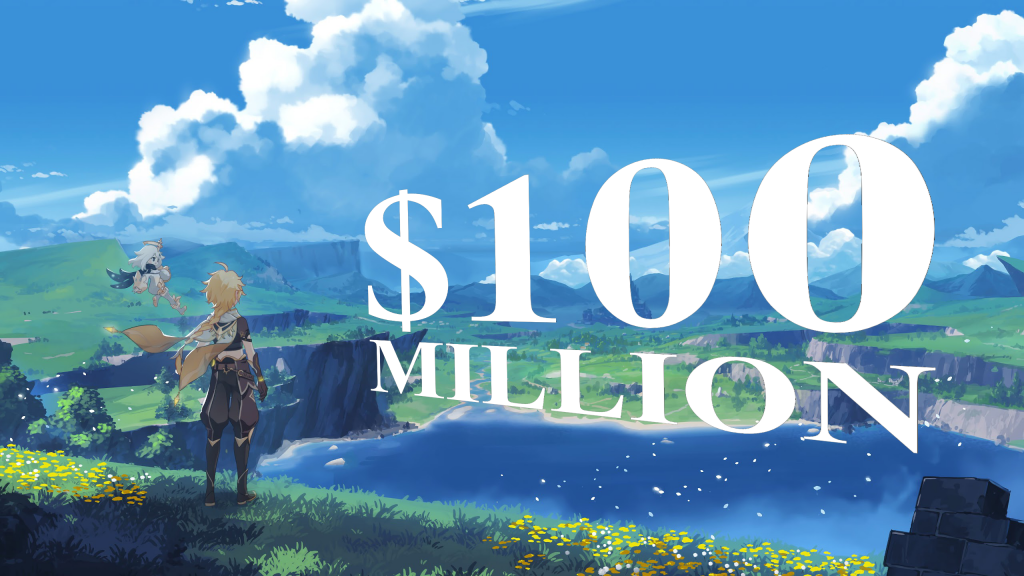 Of course, Genshin Impact is a free to play game with gacha elements, meaning that while some players have yet to spend any money on the game, others may have spent a great deal more than $60. It’ll be interesting to see just how many downloads the game has achieved across all platforms.

On the Google Play Store, Genshin Impact has been downloaded at least 5 million times, with almost 500,000 reviews – the majority of which are rated 5 stars. Genshin Impact is also available on iOS, PS4, and PC, and while official download figures for these platforms are currently unknown, it is estimated to have reached 23 million across iOS and Android.

With Genshin Impact grossing over $100 million, the game has now broken even. As the title has only been out for two weeks, it’ll be interesting to see how much it will have made by this time next year.

KitGuru says: Are you playing Genshin Impact? What do you think? Is its gacha system fair in your opinion? Let us know down below.