Each month, Sony’s PlayStation Now game subscription service sees a number of new titles added. For the month of June, subscribers can stream or download Metro Exodus, Dishonored 2 and NASCAR Heat 4. These three titles are joining the over 800 others already available on the service, including games such as Control and Marvel’s Spider-Man.

Metro Exodus is this month’s premiere title. Available from now until the 30th of November 2020, players will continue to explore a post-apocalyptic Russia in the 3rd entry in this first-person action thriller series. If you have yet to play any games in the series, both Metro 2033 Redux and Metro: Last Light Redux are available via PlayStation Now, meaning that you can experience the full journey of Artyom from start to finish. 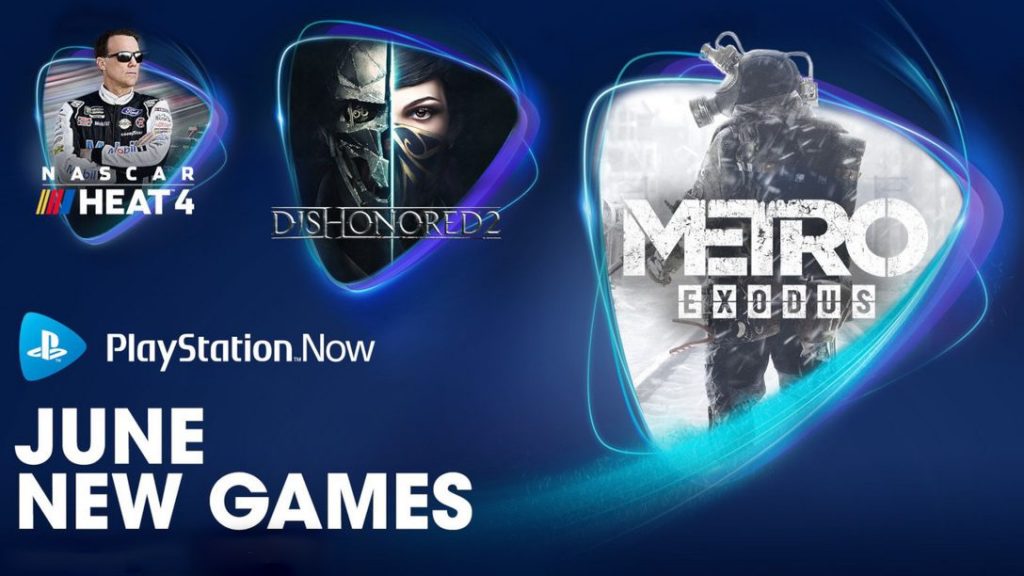 Dishonored 2 is the sequel to 2012’s critically acclaimed stealth-action title. Developed by Arkane Studios, Dishonored 2 gives you the ability to play the game as you wish, offering an open sandbox-like structure to its levels. Furthermore, you can play the entire game without killing any enemies. The freedom afforded to you in Dishonored 2 is what makes the game so fun and replayable, and is part of the reason why it received high-praise from critics and fans alike upon its release in 2016. Dishonored 2 is a permanent addition to the service.

The final game being added is NASCAR Heat 4. This officially licensed title allows you to get behind the wheel and participate in races across a number of modes, including career, challenge and multiplayer options. Though not the most highly praised racing title, NASCAR fans will find enough in it to get some enjoyment out of the game. NASCAR Heat 4 is a permanent addition to the service.

All three of these titles are available to stream or download, and are joining over 800 other titles available on the service.

KitGuru says: What do you think of this month’s additions? Are you subscribed to PlayStation Now? Have you played the Metro series? Let us know down below.