Each month, PlayStation adds a number of new titles to its PlayStation Now game subscription service. The console manufacturer has now announced which games are joining the service for the month of July – including Street Fighter V and Watch Dogs 2.

PlayStation Now subscribers can get their hands on 5 new games which have joined the service in July:

Watch Dogs 2 is the headlining title for the month. Available from now until the 5th of October 2020, Watch Dogs 2 has you play as “Marcus Holloway, a brilliant young hacker and the latest recruit to the San Francisco arm of DedSec”. Armed with a plethora of tools and hacking equipment, you can “break into any electronic device, computer system or vehicle, collect information on every citizen, and infiltrate the infrastructure of an entire city as you fight alongside the hacker community against an immoral establishment.” 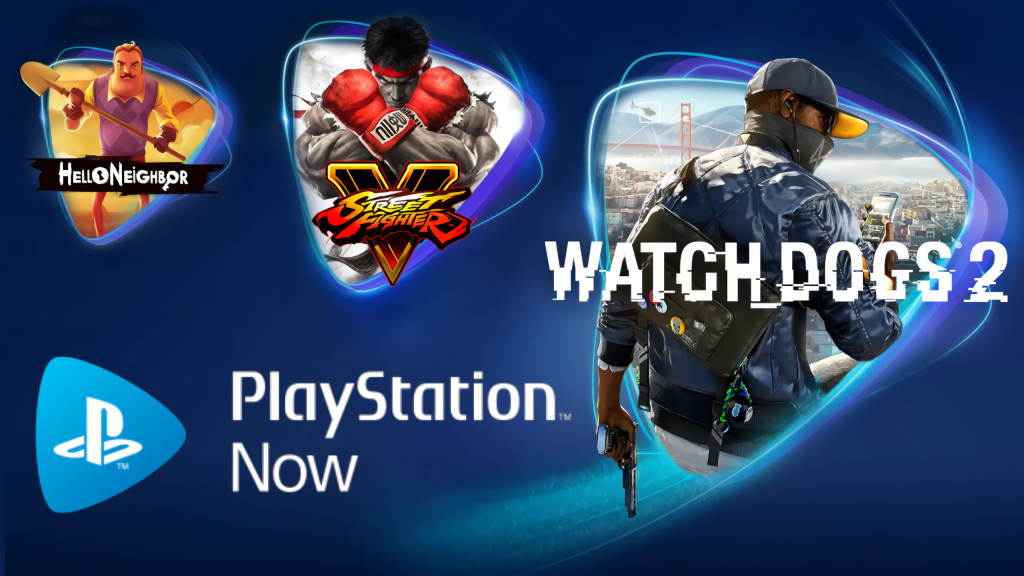 Street Fighter V is the latest entry in the long-running fighting game franchise. Originally released in 2016 to mixed reviews, the game has continually been supported and updated with new characters, gameplay enhancements, and even new story elements. Now, more than ever, Street Fighter V offers the complete fighting game experience.

Joining the service as part of Sony’s new “PlayStation Indies” initiative, Hello Neighbor is a stealth-horror game where the prime goal is to “sneak into your neighbor’s house to figure out what secrets he’s hiding in the basement”. Thanks to “an advanced AI that learns from your every move,” no two playthroughs are ever truly the same, meaning you must adapt and evolve your approach – just as your neighbour does.

Though not officially announced, two other games are also joining PS Now in July. Infinite Mini Golf, where you can play and create “an unlimited amount of minigolf courses,” as well as The Turing Test, a first-person puzzler set on Jupiter’s moon, Europa are now available on the service.

All these titles are joining the 800+ other games on the service. The full list of PlayStation Now games can be found HERE.

KitGuru says: What do you think of this month’s offerings? Are you looking forward to Watch Dogs Legion? Are you subscribed to any game services? Let us know down below.