Super Smash Bros. Ultimate’s next fighter to be announced today

Super Smash Bros. Ultimate possibly represents the biggest crossover in video game history. This is set to become only more true as Nintendo continues to add new DLC fighters to the game’s already huge roster. Though COVID-19 has certainly slowed down the company’s output, pushing back the release of new fighters, Nintendo has now announced that the next DLC fighter will finally be revealed later today.

Making the announcement on Twitter, Nintendo said “The next #SmashBrosUltimate DLC fighter will be revealed tomorrow at 7am PT (3pm BST)! The video presentation will be roughly 3 minutes long, followed by a brief message from Director Masahiro Sakurai. Tune-in here tomorrow: https://youtu.be/TaDhtEcX1TM” 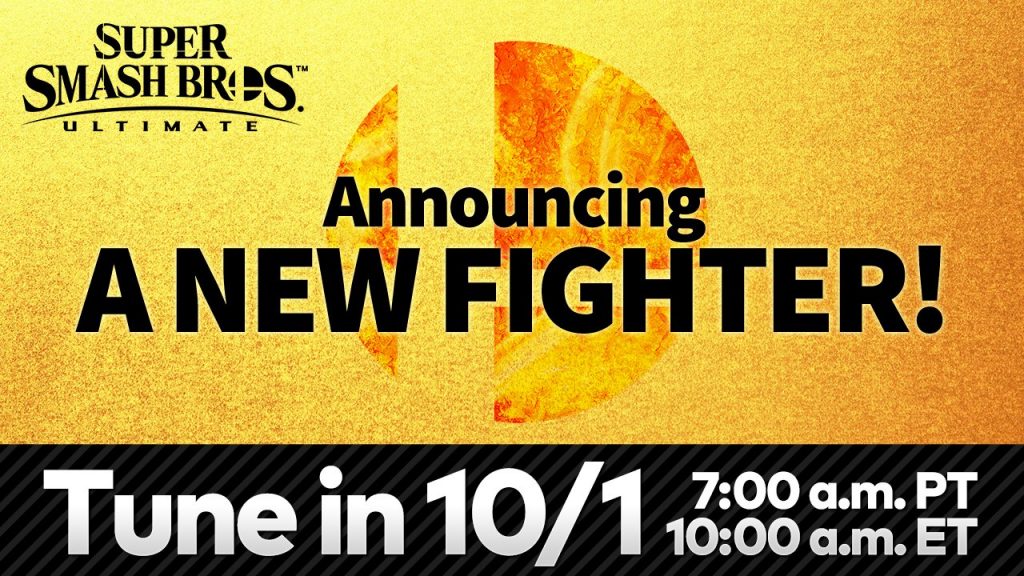 This new character will be the 8th DLC addition, following Piranha Plant, Joker, Hero, Banjo & Kazooie, Terry, Byleth, and MinMin. Furthermore, this character will only be the second addition to the Fighter Pass Vol. 2, meaning that there will be 4 more characters coming after. That being said, once Fighter Pass Vol. 2 concludes, Nintendo announced that there will be no more DLC fighters, meaning that there are only a few more chances to get your favourite character added.

Interestingly, the announcement presentation for the new fighter appears to be much shorter than previous DLC characters, many of which received deep dives into their mechanics and abilities. It will be interesting to see which character is announced, when the presentation goes live later today at 3pm BST – and what the ‘brief message’ will entail.

KitGuru says: Who do you hope to see announced? Do you play Smash Bros.? Which character do you main? Let us know down below.