The latest Modern Warfare patch is 66GB on Xbox One

The latest Call of Duty Duty title, Modern Warfare, has become infamous for its bloated file size and massive patches. That being said, the latest patch is most likely the most egregious. The first-person shooter recently released a patch which fixes a graphical bug that has been plaguing the title. While PS4 and PC users only needed to download less than 2GB, Xbox One owners were forced to download 66.3GB worth of data.

As reported by EuroGamer, the reason for this wide disparity is due to “an unforeseen bug with the Microsoft patch delivery process,” meaning that “this download requires Xbox users to redownload files they already have, but it does NOT impact the overall install size. We're working closely with Microsoft to ensure future updates are smaller in size” explained Infinity Ward.

While it’s good that the overall file size is not drastically impacted by this update, the game already takes up over 200GB on PC, and downloading a further 66GB is certainly not an enjoyable experience. 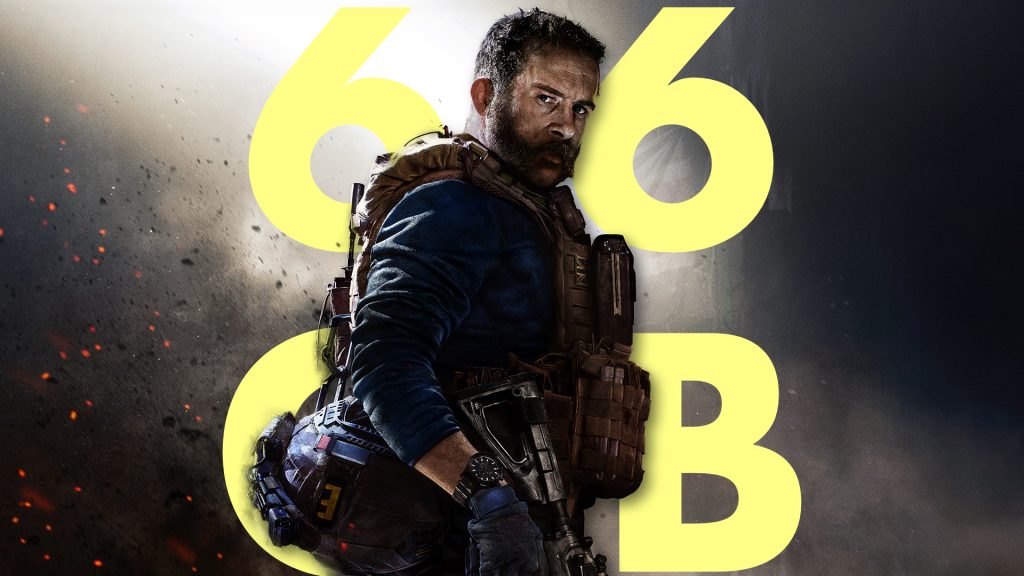 The same update for PlayStation 4 only requires 1.2GB, while PC players must download a 0.88GB patch (Warzone only) or 1.83GB patch (Modern Warfare and Warzone).

With next-gen consoles around the corner, and game files sizes expected to increase alongside the improved graphical performance, it’ll be interesting to see just how much space each game will take on the console SSDs.

KitGuru says: What do you think of the current state of game file sizes? Are they getting out of control? Do you play Modern Warfare? Let us know down below.