In response to a very poor showing around the launch of Windows 8, Microsoft has decided that it must squeeze whatever pennies are available from the few sales that are left in the desktop version of its tablet operating system. Expect big price rises for an operating system you have no intention of buying.

Say what you want about Windows users, you can’t deny that Microsoft has a sense of humour.

Word on the street is that the embattled desktop version of Windows 8 is about to undergo hyper-inflation on price.

A quick check on the Apple and Microsoft Web sites has allowed us to produce this composite image.

The maths is simple, Microsoft is now charging £190 for the operating system that few desktop users seem to want.

Apple has Mountain Lion under £14.

If you are a school, college, council, hospital, government or business person – the message is clear: At these prices, you can install Apple’s award winning operating system on 13 systems for the price of a single install on a Windows PC.

KitGuru has already analysed the science on how Windows 8 is, officially, less popular than Vista. You can read this amazing truth here.

.
KitGuru says:  With a desktop operating system that seems less appealing than a weekend trip to a leper colony, has Microsoft done the right thing in ‘screwing’ the few customers who do decide to buy? 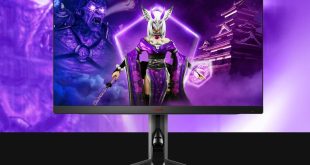