Microsoft has announced the release date for Windows 10

Earlier this morning, Windows users will have woken up to a new icon in their taskbar, allowing them to register for their free Windows 10 upgrade, although it did not have a release date attached. However, now Microsoft has let the cat out of the bag, confirming that last week’s rumors were on point and that Windows 10 will in-fact launch on the 29th of July.

This fits in nicely with the Summer target release window that Microsoft set for itself last October when the operating system was first announced. With the release date just six weeks or so away, it means that the company will be gearing up to finalize all code, making it likely that Technical Preview users will get another batch of updates leading up to release. 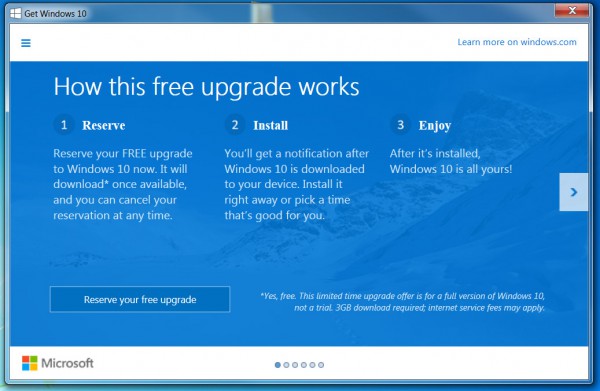 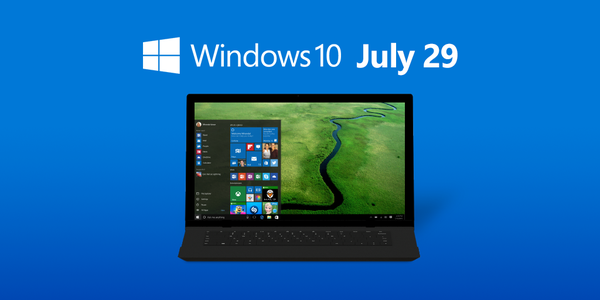 The official release of Windows 10 will be feature packed, including Cortana integration, the Microsoft Edge browser, Office 2016, the Xbox app alongside new cross-platform apps and services.

One of the other important additions to Windows 10 is the return of the start menu, although it is mixed with metro UI elements. As we covered this morning, those of you with a genuine copy of Windows 7 or 8.1 will get a little notification icon in your taskbar, which will allow you to ‘register’ for your Windows 10 upgrade. This means that on the 29th of July, the OS update will automatically download to your system, which you can then choose to install whenever you want.

This release date only covers the desktop version of the OS. Windows 10 will be launching on mobile and Xbox One a little later down the line.

KitGuru Says: One of the features I’m most excited for with Windows 10 is virtual desktops as it is a feature I get a lot of use out of on OS X. Are any of you planning on upgrading to Windows 10 upon release? Have you tried out the technical preview at all?