The Québécois government has announced EA will be upping its existing investment in the city of Montréal and – over the course of 10 years – bring 500 new jobs and an estimated $500 million, presumably Canadian, to the dinner table.

Montréal is where EA’s Bioware studios have been hard at work on the Mass Effect series, as well as Ubisoft’s Assassin’s Creed, Watchdogs, Far Cry and even the Prince of Persia franchises. It’s videogame pedigree is undeniable. EA’s investment will ” help structure the industry, in particular by designing infrastructure that can be shared with the video game community”, said the Ministry of Finance. 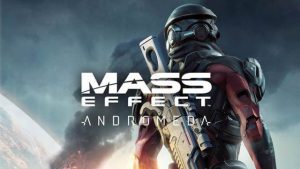 The city, which harbours over 140 game studios has been a nexus of video game development for years. It also has plenty of non-gaming software development going on, which tend to happen when the Federal Government offers very generous tax credits to such companies, something which Québec introduced early on in 1996.

The EA studios in Montréal date back to 2004, and at the latest headcount numbered over 800 employees, although Ubisoft is the main videogame developer employer in the city, numbering over 1800 employees. The Québec Ministry of Finance estimates approximately 11,000 people work in the video games industry.

Carlos Leitão, the Québec Minister of Finance, said “We offer Electronic Arts a stable, predictable, competitive fiscal framework enabling the company to move forward with this substantial expansion. This favourable environment led to the positioning of Québec as a leader in the video game industry and as an internationally recognized centre of excellence.”

KitGuru Says: If you’re a budding video game developer and can withstand Montréal’s ‘exotic’ weather, you might want to start prepping your résumé. Just remember that employment in Montréal requires both French and English language skills.