Google manages to double its Pixel sales in 2017

With the disastrous launch of the Pixel 2 range of smartphones, it seemed that all of the hard work Google had done building its reputation in the handset world had been undone. In an impressive change of pace, however, it seems that the company has managed to double its sales, reaching 3.9 million throughout 2017.

The number was revealed by IDC research director Francisco Jeronimo, who notes that this is comprised of both first and second generation Pixel smartphones as well as their XL variants. Unfortunately, this continues to be a pebble in the ocean that is 1.5 billion devices in circulation, with Google’s yearly number scratching on the surface of just one week’s worth of iPhone sales. 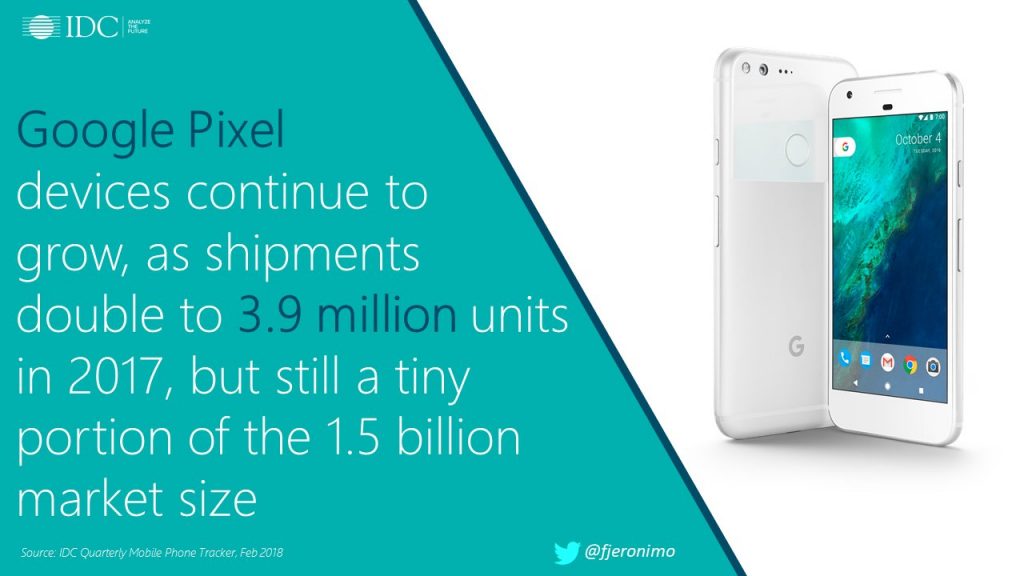 While Google did literally double the numbers from 2016 to 2017, its first year netting 1.95 million sales encompassed just two-and-a-half-months. Still, this improvement means that Google is firmly headed in the right direction. It might struggle to regain the trust it lost due to an overwhelming amount of technical issues surrounding its Pixel 2 and Pixel 2 XL smartphones, but it has already made headway on fixing the majority of problems.

Comparatively, Google still has a rather strong foothold in the smartphone market when placed against the underwhelming Essential phone. Despite aiming to be an Android competitor, Android co-founder Andy Rubin’s new entry sold less than 90,000 units in its first 6 months.

Having acquired HTC’s smartphone design team for $1.1 billion, it is unlikely that Google has given up its Pixel brand just yet.

KitGuru Says: Despite seeming low in comparison to the bigger picture, this is an impressive feat considering Google was tasked with penetrating an over-saturated market. Having had such a good experience using my Pixel XL, I would like to see Google continue the brand and improve upon its shortcomings. Do you like Google’s Pixel smartphones or would you rather another brand?