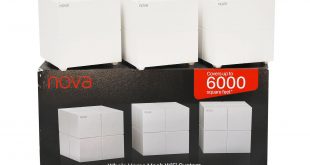 After witnessing many years of theoretical presentations but not much in terms of real product release, we are now seeing a deluge of mesh WiFi systems arriving on the market. Hot on the heels of ASUS’s Lyra comes Tenda with the nova MW6. It joins the already wide selection we put through their paces in our recent Ultimate Mesh WiFi Shootout. With a very keen sub-£200 price for a three-unit configuration from some vendors, the Tenda nova MW6 could be a real bargain.

Like most mesh WiFi systems, the nova MW6 units are more “designer” than your average router, and all are identical. One will act as the router, but it doesn’t matter which one this is. It’s just the first one you set up, and the others then act as satellites of the primary unit. Also like a lot of mesh WiFi systems, each unit has two Gigabit Ethernet ports. The primary unit will use one of these for connecting to your broadband, and the other can be used for a wired LAN client device. The satellites can use both their Gigabit Ethernet ports for wired clients.

The WiFi specification isn’t as potent as some mesh systems, which sets off a few alarm bells. Each unit has an AC1200 rating, with one 867Mbits/sec 5GHz radio and one 300Mbits/sec 2.4GHz radio. There’s a 2×2 antenna configuration. But the nova MW6 is only dual-band, where a lot of the alternatives are tri-band. This means there is no radio and antenna dedicated to the “backhaul” link between the various units. The WiFi client devices will also be using the same bandwidth. 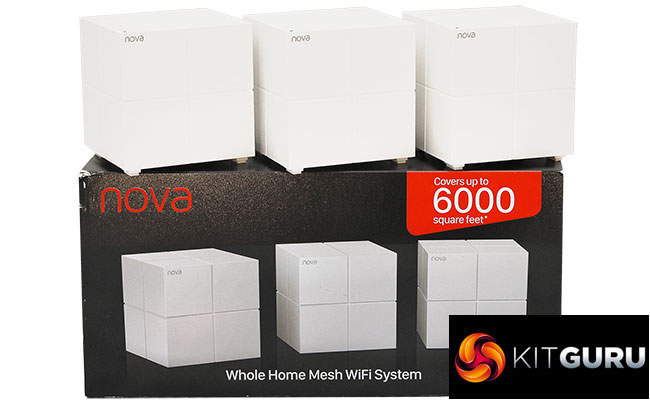 This has theoretical implications for performance, but the true test is how the system behaves in the real world, and throughput isn’t everything anyway. Ease of setup and use are also very important. Tenda claims it sends its units out pre-configured, calling their system “plug and play”. So let’s find out if the nova MW6 is a con-Tenda, or should be Tenda-ing its resignation (Seriously? Ed).

Previous Spyro the Dragon said to be next up for remaster, Crash Bandicoot could come to Xbox and PC
Next Google manages to double its Pixel sales in 2017