Leaks and comments from industry insiders have already laid the groundwork on what to expect for Huawei’s upcoming flagship P Series, including a quad-camera P30 Pro. Ahead of a predicted unveiling next month, renders give a closer look at what we should perhaps expect from the Chinese smartphone manufacturer.

Huawei is expected to debut the P30 and P30 Pro flagship in March, mimicking last year’s P20 Series release. Due to this, the best estimate of an unveiling would be during Mobile World Congress (MWC) 2019, taking place in Barcelona between 25-28 February. Still, without any official word on when we might get to view the successor, renders made by Concept Creator will have to suffice as our best guess of what the device will look like.

As expected, the teardrop notch returns from the Huawei Mate 20, released at the end of 2018, endowing the near-bezel-less screen with a single front-facing camera. Three camera lenses can be seen on the back of the P30, while the P30 Pro will be the first Huawei device to utilise a quad-camera set-up. One of these lenses is reportedly a 38-megapixel Sony-made sensor. This is a slight drop from the 40-megapixel sensor seen on the Mate 20 Pro, however the superb low-light capabilities are supposedly a hardware counter to Google’s critically acclaimed software tricks on the Pixel range.

Previous rumours suggested that the company’s 7nm Kirin 980 would be making an appearance on spec sheets, but this has since been challenged with reports of an as-of-yet-unannounced Kirin 985. Continuing Huawei’s naming trend of adding a ‘5’ to its iterative upgrades, the Kirin 985 is believed to be a modified version of the current flagship chipset that powers the Mate 20 Series, helping to better compete against Qualcomm’s Snapdragon 855. Typically, the standard and Pro versions come with the same processor, meaning that the duo will likely arrive unified in terms of internals. 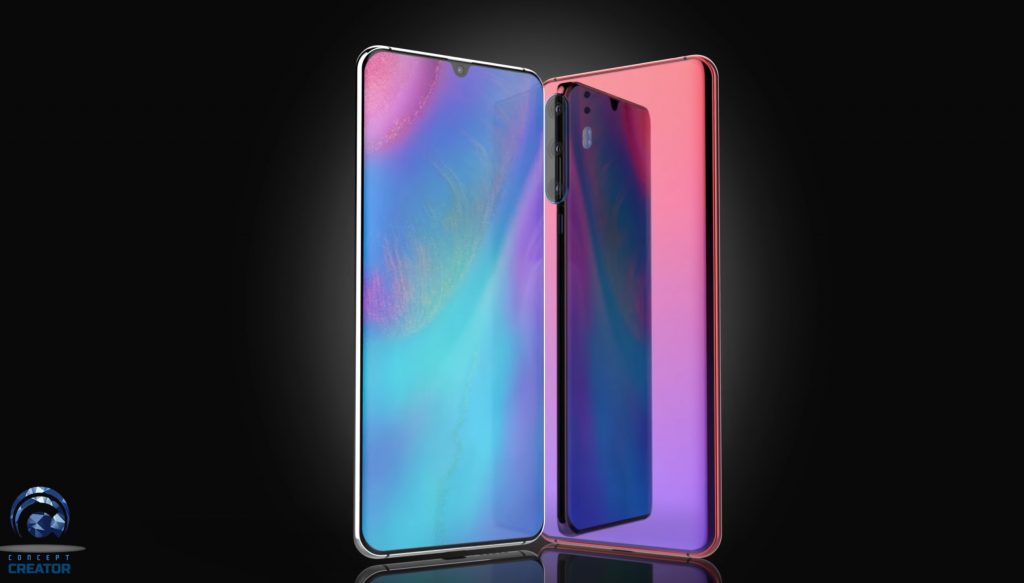 Beyond this, there should be a greater emphasis on 5G capabilities, despite multiple countries opting against the company’s technology within local infrastructures. Pricing is still speculative, but are expected to climb from last year’s £599 asking price for the P20 and £799 for the P20 Pro.

KitGuru Says: While Huawei is reportedly onto yet another winner in terms of design and hardware, repeated clashes are continuously seeing government entities banning the devices in fear of Chinese surveillance. Hopefully the firm manages to land on its feet. What do you think? Is there anything you’d like to change between the renders and actual device?