Sony’s foldable Xperia smartphone could also have a transparent display

Standing out from the crowd is always difficult, especially when it seems there are so many upcoming entrants in the foldable smartphone market. While the handsets will undoubtedly vary given the experimental technology, Sony’s flexible Xperia offering is expected to feature a fully transparent screen.

At the end of last week patents were uncovered by Dutch tech site LetsGoDigital, revealing the transparent concept alongside a completely bendable screen. This differs from the offerings we’ve seen from Samsung, Huawei and other manufacturers so far, and brings us a step closer to making the sci-fi-bound technology to reality. 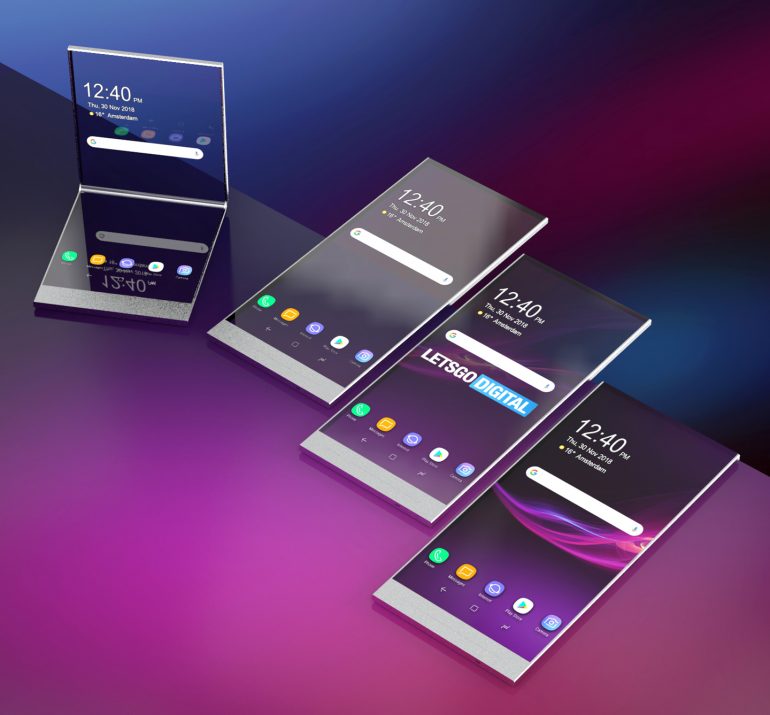 The main application here seems to be how it will evolve augmented reality (AR) technology, as transparency makes the world around the user readily accessible. The handset looks to offer a degree of versatility for users who prefer traditional handsets when using the device for calls and texts, as the patent also unveils the ability to block the transparency on-the-fly.

Unfortunately, a completely transparent device seems out of reach with current tech as Sony utilised a large bezel at the bottom of the device. This looks to potentially house a front-facing camera and presumably most of the necessary components to run the smartphone.

Concepts don’t always make it to the market, so those excited for such a handset should temper their expectations until Sony officially unveils what it has in store. Still, there’s plenty it’ll have in the works for next year’s Mobile World Congress (MWC), so we know exactly when to hold our breath should anything debut.

KitGuru Says: Personally, it’s not my favourite concept so far, but there’s a clear advantages and disadvantages this would pose in comparison to Samsung’s tentative Galaxy X smartphone/tablet hybrid. Would you prefer something like the Xperia folding phone or one of the other ideas we’ve seen so far?