LG has announced that it will begin rolling out the Android 5.0 Lollipop update to LG G3 users, beating out the likes of Samsung and HTC. According to LG, the G3 will be the first non-Nexus device to receive the update.

Android 5.0 has yet to make it on to all Nexus devices, such as the Nexus 5 and Nexus 7. However, the LG G3 rollout may be slow as the update has only started to be pushed out in Poland. It is not yet known when the update will arrive in other territories. 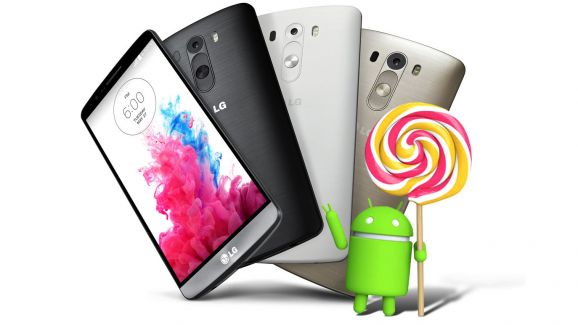 Poland will “be followed by other key markets in the near future”. As you can see, LG's statement is a bit vague and doesn't give us much of an idea as to when Lollipop will hit G3 handsets in the US or UK.

Android handset manufacturers are often notorious for providing slow updates to Google's latest version. In the past, flagship owners have had to wait months before getting an upgrade. However, with Google taking back control and working closely with phone makers, these updates appear to be coming in a bit faster.

KitGuru Says: LG will be one of the first manufacturers to update to the latest version of Android. We also know that Nvidia is teasing the update for its Shield tablet. Do  any of you guys own a G3? Are you glad that you'll be getting the Lollipop update so soon?